The indirect counting method is also called the live bacteria counting method. Its principle is that each live bacteria can grow to form a colony under a suitable medium and good growth conditions. Dilute the sample to be tested by a series of 10-fold dilutions, and then select three dilutions of bacteria solution, respectively take 0.2ml into a sterile plate, then pour an appropriate amount of melted and cooled to about 45 ℃ medium, and the bacteria After the liquid is mixed, cooled and solidified, put it in an incubator or greenhouse at a suitable temperature for cultivation, and count the bacteria after they have grown. 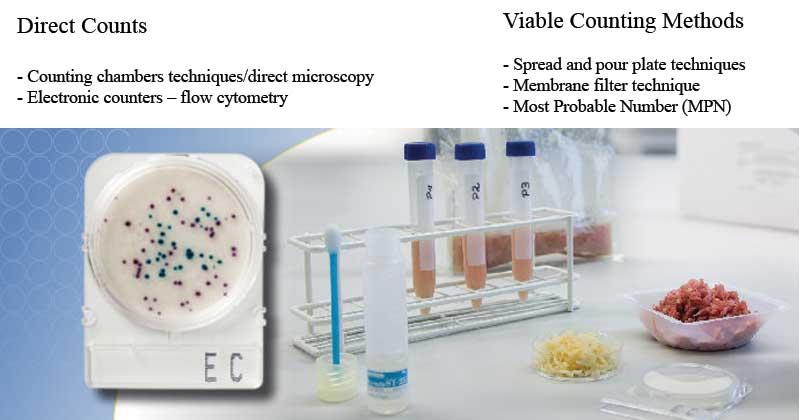 This method can also take 0.2ml of the diluted bacterial solution and add it to the prepared plate, and then use a sterile spreader to spread the bacterial solution on the entire surface of the plate, put it in a suitable temperature for cultivation, and calculate the number of colonies , And then calculate the total number of viable bacteria per milliliter of the original bacteria liquid according to the above formula.

This method can cause pollution due to unskilled operation, or cause unstable results due to excessive medium temperature and damage to cells. Nevertheless, because this method can measure the microbial count in the sample, it is still an effective method for measuring the bacterial count commonly used in teaching, scientific research and production. The amount of bacteria, yeast, buds and spores contained in soil, water, milk, food and other materials can all be determined by this method. But it is not suitable for measuring filamentous microorganisms in samples, such as actinomycetes or filamentous fungi or filamentous cyanobacteria and other vegetative bodies.

In addition to the above two commonly used counting methods, there are membrane filtration method and turbidimetric method. The membrane filtration method is to pass a certain volume of lake water, sea water or drinking water through the membrane filter when the number of bacteria in the sample is very low. Then the filter membrane is dried, stained, and processed to make the membrane transparent, and then the number of bacteria on the membrane (or in a certain area) is calculated under a microscope; the principle of turbidimetry is that the cell concentration in the bacterial suspension is within a certain range. The turbidity is directly proportional to the optical density. The more bacteria, the greater the optical density. Therefore, with the help of a spectrophotometer, at a certain wavelength, the optical density of the bacterial suspension can be measured, and the optical density (O. D.) is used to express the amount of bacteria. The experimental measurement must be controlled within the linear range where the bacterial concentration is proportional to the optical density, otherwise it will be inaccurate. Microbial counting method is developing rapidly, and there are various methods such as rapid, simple and automated instruments and devices.