From the sound structure of domestic games, you can simply classify:

The sound sound is more like a small piece of music, usually flashed when entering the map, this sound is a category of music production, usually by music production Come. Representative game: The network "Huaxia 2OL"

What format does the game sound effect? What is different? Which is better?

The sound effect of the game usually has the following format:

online game sound It is generally used in this format and standard. WAV is a Window standard format. It can guarantee the best sound quality; at the same time, in order to mitigate the download burden, except for some environmental sound effects, most of the sound effects are using Mono mono-channel format The stereo position of the sound effect is scheduled by the program in the game. 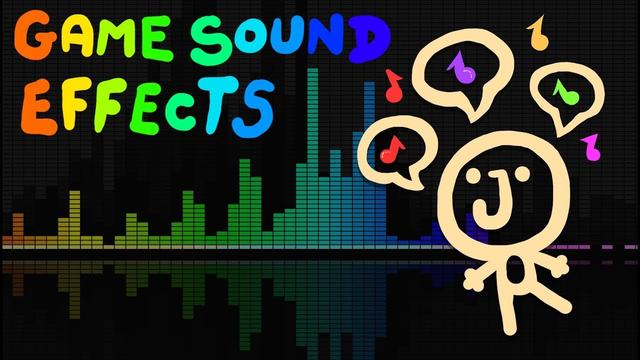 44.1KHz is the sampling level of the sound effect, 16 bits are sampling size, 44.1 kHz / 16 bits are Windows no compressed standard sampling format, that is, .wav / mono (stereo) / 44.1khz/16 bit The format is the most robust audio format in the Windows environment.

Some games are also used. MP3 format, MP3 is compressed format, theoretical sound quality secondary. WAV. Since the MP3 file is compared to .Wav, there is more space to use .stereo stereo format, improve the sense of spare sound environment.

General. MP3 sound effects use 128K sampling rate, which is the best balance in both quality and file size. The requirements for file size is more stringent, with 96K, and the quality requirements can be used to use 192K sample rate.

The general concept .WAV files can best guarantee quality,. MP3 is a balance between file size and quality, that is, the file size is small, and the sound quality also declines accordingly, so developers are usually more Tend to use the .wav format file. However, in actual operation, the quality of the sound is not completely determined by the format. If the source or sound material itself is not high, it is not imposed to improve its quality. For example, a sampling level is only 11.025 kHz sound effect, even if converted to a 44.1 kHz sampling level, it is also a quality of 11.025 kHz.

The format itself does not have a good disorder, which can determine which format sound effects according to the compatibility of the game engine.

Many sound effects are not single elements, and multiple elements need to be synthesized. For example, the sound effect of the attacked may be composed of several parts, the synthesis is not only to put the two tracks, but also adjust the elements such as elements.

The post-processing refers to all the sound effects of a game to make all sounds to a unified process. Normally, the number of sound values ​​is large, the production cycle is longer, and the sound effects produced after before, which will have some auditory access, which requires later processing to make it uniform. In addition, according to the game requirements, all sound effects are globally processed. For example, the game style is dark, and the sound effects can be enhanced to increase some Chinese bleak short waves (treble) to make the overall style of the game.

Do you have a game sound? What is the most difficult?

From the technical level, it is not difficult to make sound effects. The hardwareware knowledge that needs to be mastered is relatively simple, and the operating tool is relatively simple. From the equipment situation mentioned earlier, do not need so many devices, each category can choose one, two, such as audio editing software, Nuendo, Samplitude, Sonar, SoundForge, etc. Waiting for the world's top mainstream software, which is very powerful, can meet most of the audio editing functions, from our moon, we are used to using Sonar and Samplitude to make sound production, especially according to video in the case of. From another aspect, these software have commonality in many ways, mastering a paradise.

We said it is not difficult, refers to the technical level, but from another perspective, sound efficiency is difficult, especially the original sound effect. The sound effect is a matter of service, so the sound active consciousness and feeling of sound effects is the key to determining the quality of the sound. This is often listening is not bad, it feels not a taste. So we believe that the most difficult game is the most difficult to cultivate a keen sound feeling and use technical means to transform it into a real sound.

large The hardware facilities include high-performance computers or special audio workstations, professional audio interfaces, display (preferably double display, more convenient to synchronize video and audio), MIDI keyboard, mixer, monitor speaker, hardware, etc. It should be noted that some magical sound effects are composed of melody, and this sound effect is more like a small piece of music. It is necessary to use the keyboard to make it in the way, and the advanced sound production room needs to set up special recordings. The shed is proposed, and the small-scale production room can make basic sound absorbing decoration make the recording to reach a certain level.

Overall, the hardware device of the sound studio is lower than the threshold of the music production room, and most of the sound production can be completed independently of the computer.

The material set is the source of the material, the material set combines most of the earth on the earth and the effect on the earth, except for some original sound effects, most of the sound can be clipped by the material. accomplish. The world's most professional and most comprehensive, most widely used in movies, advertising, games, and Soundideasgeneral6000 Soundfxlibrary, HollywoodedE, BigfishSoundscan, LucasfilmsoundFXLibrary series set sound integration, etc.

The hardware and software environment of the sound production room is easier, and the production personnel is the key to the sound effects of the game, and the producer needs a deeper game. Background, familiar with all kinds of game sound, familiar or masterless audio editing software, and master related recording technology, the most important thing is to have professional sound listening ability. This is critical to the game sound efficiency, and an example is a little short wave, and ordinary people may not distinguish, and professional audio editing with keenly-hosted ability should have distinctive ability, especially When the sound effect has multiple sound elements.

The principle of composite sound effects