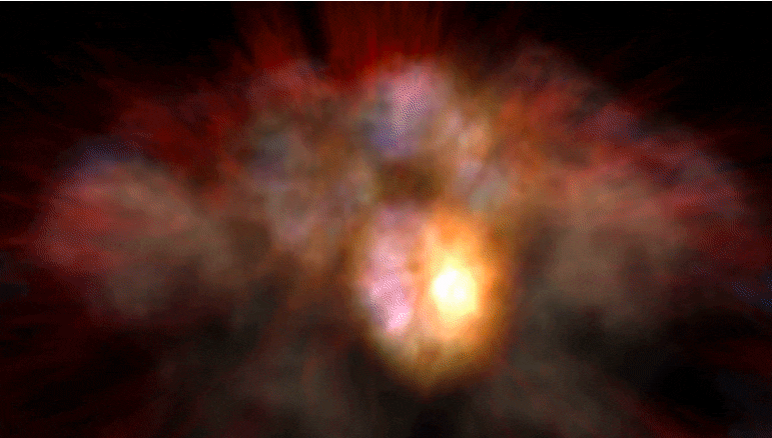 Researchers from Skoltech, Carnegie Institution of Washington, Howard University, the University of Chicago, and the Chinese Academy of Sciences Institute of Solid State Physics have synthesized K2N6, an exotic compound containing N6 groups and packing explosive amounts of energy. While the team had to create synthesis pressures several times higher than it would take to make the material useful outside the lab as an explosive or rocket propellant, the experiment to be published today (April 21, 2022) in Nature Chemistry takes us one step closer to what would be technologically applicable.

Nitrogen is at the heart of most chemical explosives, from TNT to gunpowder. The reason for this is that a nitrogen atom has three unpaired electrons itching to form chemical bonds, and combining two such atoms in an N2 molecule in which the atoms share three electron pairs is by far the most energy-efficient way of scratching that itch. This means that compounds with a lot of nitrogen atoms engaged in other, less energetically advantageous bonds are always on the verge of an explosive reaction that produces N2 gas.

Microphotographs of laser-heated potassium azide samples at pressures of 500,000 atmospheres (left) and 300,000 atmospheres (right). The white to light-blue areas on the outside are K1N3. Toward the center, the material has transformed into K2N6 in the left photo and a mysterious and poorly understood compound with the formula K3(N2)4 on the right. Credit: Yu Wang et al./Nature Chemistry

Professor Artem R. Oganov of Skoltech, who was responsible for the calculations in the study reported in this story, comments: “An idea has existed for a long time that pure nitrogen could be the ultimate chemical explosive if synthesized in a form containing no N2 molecules. And indeed, prior research has shown that at pressures of over 1 million atmospheres, nitrogen does form structures where any two adjacent atoms only share one electron pair, not three.”

While such exotic nitrogen crystals certainly could explode, reverting to the familiar triple-bonded N2 gas, their synthesis requires pressures that are too high for any practical applications. This leads researchers to experiment with other nitrogen-rich compounds, such as the one obtained for the first time in the study published today, led by Carnegie’s Alexander F. Goncharov.

“The compound we synthesized is called potassium azide and has the formula K2N6. It’s a crystal created at a pressure of 450,000 atmospheres. Once formed, it can persist at about half that pressure,” says Alexander Goncharov, a staff scientist at Carnegie Institution of Washington, where the experiment was run. “In that crystal, the nitrogen atoms assemble into hexagons, where the bond between each two adjacent nitrogens is intermediate between a single and a double bond. The structure of our compound consists of these hexagons alternating with individual potassium atoms that stabilize the nitrogen ‘rings,’ which are the really interesting part.”

The scientists admit that the new material falls short of practical applications, because the synthesis pressure required is still too high — 100,000 atmospheres would be more realistic — but it certainly constitutes a step in the right direction and offers exciting fundamental chemistry insights.

“This new high energy density material is another example of the peculiar chemistry of high pressures,” Oganov says, adding that his recently published study (read more), which revamped the fundamental notion of electronegativity making it applicable under pressure, is a useful framework for making sense of the unusual nitrogen-rich materials, along with other exotic compounds spanning the entire periodic table of elements.