There are three known types of wireless headsets. One is Bluetooth headset, the other is infrared headset, and the third is 2.4G.

Wireless earphone and wired earphone are compared, the difference on sound quality is not big, wireless is more convenient, basically the line in the middle is replaced by radio wave just

The wireless earphone is divided into three parts: the first part is the sound source, the second part is the receiver, the third part is the headphone part, the function of this part is mainly used to transfer the signal sent by the mobile phone or receiver into sound and then transmitted to the human ear.

According to the electromagnetic wave frequency used by wireless headsets, they can be distinguished as:

Advantages: At present, the technology has been quite mature

Disadvantages: 1. The working distance is within 7 meters; 2. Poor diffraction. If there is an obvious obstacle between the infrared wireless earphone and the transmitter (such as people or large pets), the reception of the infrared earphone may be interrupted.

Advantages: 1. Theoretically, N receivers within the working range can listen to the radio audio broadcasting system at the same time, one-to-many. 2, the signal diffraction is strong; 3. The nominal use distance is between 10 meters and 70 meters.

2. With professional learning program, you can learn the functions of remote control (TV, VCR, DVB, DVD, etc.) of various home appliances, and also can be used as remote control of digital set-top box. 2. It can listen to most electrical appliances with audio output wirelessly. 3. Using wireless earphones, you can enjoy wonderful programs freely with the TV silent. 4. Put the transmitter near the elderly, infants, patients and other people who need to be cared for, and use the receiver to hear the voices of the people who need to be cared for, so as to facilitate nursing easily. 5. The original imported transmitting tube and core technology, high sensitivity anti-interference, strong signal, outstanding effect, effective range (less than) 30 meters, can be received through the wall. 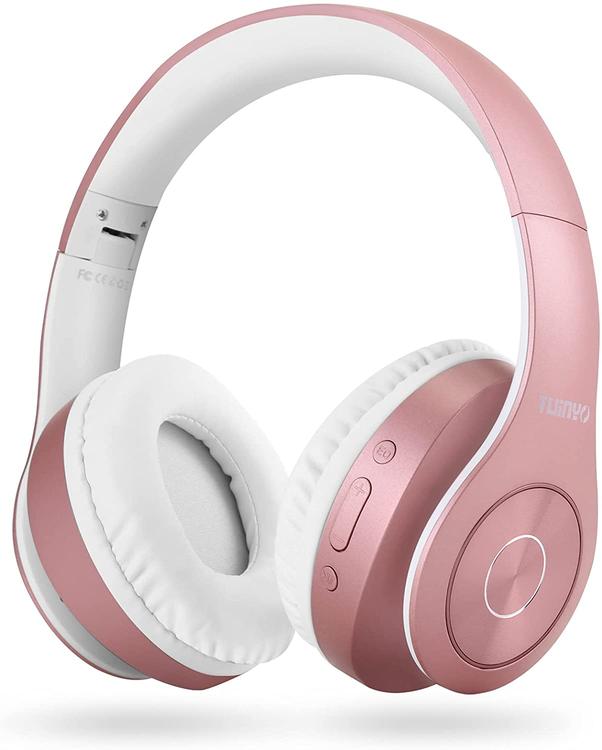 1. Turn the power switch of the transmitter to the position of the wireless earphone, and the power indicator light will be on. (The sound can be turned off when the TV is on).

2. Press the headphone button of the remote control, and the indicator light will be on. Press the reset button for 1 second and then release it. Otherwise, repeat the steps

3. Note during use: plug the microphone output plug into the MIC port of the computer, and wireless voice chat can be conducted within two meters of the microphone. The volume of computer, TV, DVD affects the volume and sound quality of the earphone.

Beyerdynamic: known domestically as "Beyer dynamic" or "Beyer dynamic". German famous headphone manufacturer, founded in Berlin in 1924. Beyerdynamic headphones are solid and comfortable, with a sound that is faithful, rigorous and warm. Its classic products include the world's first moving coil earphone DT48, professional earphone DT880, DT990, T1, HIFI earphone DT831, DT931 and so on.

Ultrasone: The owner of Ultrasone has devoted himself to the research of earphones for more than ten years. The products are mainly high-end professional earphones and HIFI earphones. The sound has the rigorous characteristics of German earphones, and gives consideration to the good sense of music, with high quality. Its famous models are ED7, ED8 and ED9.

Grado: It's called "Goethe" in China. Grado is the world famous Hi-End headphone brand. It is a small, family-owned factory in the United States. It was founded in 1955 in Brooklyn. Grado's appearance is simple and simple, the sound is full of vitality, medium frequency is plump, the low frequency is strong. Its classic products are HP1000, SR60, SR325, RS1 and so on. What is recommended on the market at present is the whole range of products except SR40.

Koss: It's called Gauss domestically. Koss is a large headphone supplier in the United States, founded in 1953. Koss's products mainly take care of the middle and low-end civil market, the sound is full of strength and dynamic. Its classic products include professional earphone PRO4, HIFI earphone KSC35, A250, ESP950 and so on.

AUDIO-TECHNICA: It's called the Iron Triangle. As a famous professional audio equipment manufacturer in Japan, its headphone products are most famous for the middle and high grade HIFI headphone, and it also has well-known products such as 910 and M40SF in the professional field. Its products are easy to drive, avant-garde shape, sophisticated technology, comfortable to wear, warm and clear voice. The recommended products on the market at present are Art Monitor A Series, Air Dynamic AD Series and the flagship Wood-Shell Headphone W Series.

Denon: Dragon headphones. DENON is a trademark of Columbia Corporation, Japan. Denon is a small electronics company founded in 1939, making tapes and other goods for NHK and other companies. The name is Denki Onkyo, originally known as Den-on. It was acquired by the Japanese Columbia Corporation in 1947. It is now merged with Malanz to form Tianlong Malanz Group. Denon is known for its pure and stylish quality products, and most importantly for its time-tested patented technology and workmanship. As a manufacturer of audio and video equipment, Denon excelsives itself by focusing on the production of cutting-edge audio and video equipment. The highest current Denon headset is the AH-D7100. Tianlong marans in the domestic wholly-owned subsidiary for Shanghai electric sound marans.

Edifier: Rambler. Is a domestic company, its products have been recognized by the masses. Its quality is excellent and the price is moderate. Products include speakers, headsets, car audio, professional audio, musical instrument audio, Hi-Fi audio and other products. All kinds of products can compete with international famous manufacturers. It acquired the Japanese classic manufacturer Stax: the world's most prestigious and influential manufacturer of static headphones, known as Japan's half-Hi-End brand, founded in 1938. StAX's electrostatic headphones are reasonably priced, soft in sound, ethereal in beauty and rich in detail. Stax has a short line of products, all of which are worthy of recommendation.

Alessandro: It's called "Alice" domestically. It is also an American company, and its products are designed and manufactured by Gardo. The appearance is the same as Grado's, and the sound is more faithful than Grado's. Currently, there are three models of its products, M1, M2 and Mpro, which are all worthy of recommendation.

ATA: This is a Chinese company, headquartered in Hong Kong. Its products are mainly low-end multimedia earphones and HiFi earphones. This brand is not well known in China.

ECCI[2] : The domestic general called "zombie headset". China famous music fever equipment manufacturer, founded in 2007 by the famous tuner, ear amplifier designer "Zombie" Mr.. If you love earphones, especially your portable earphones, you must be familiar with zombies. The popular "PR" earphones are made by zombies.

Ergo: This is a small manufacturer based in Hi-end, Switzerland. They currently have three headsets, the Ergo 1, the Ergo 2 and the Ergo AMT. The first two are traditional moving-coil headphones, and the latter use the Heli speaker. Ergo's headphones have a unique shape and sound that is cool and thin, and have their own unique charm. In the earlier years, the company had produced two moving-coil headphones and one static headset under the Jecklin Float brand name, which also had a high reputation.

"Etymotic: In China, it is called" Sound Special Beauty ". A small company in the United States, hearing aid and HI-END earplug products, its ER4 series earplug is a classic product in the high-end earplug, its product sound faithful no dye, ER4 series, ER6, worthy of recommendation.

SBC HP890 and SBC HP910 have been well received by players recently. Philips has a wide range of headphone products.

MB Quart: an old German audio manufacturer, known as "Goethe" in China. In order to distinguish it from Grado in the United States, it is also known as "German Goethe". Its headphone products are mainly high-grade HIFI headphone and professional headphone, good technology, comfortable to wear, adhering to the German audio products rigorous loyalty, high analytical force characteristics, QP400, QP200, QP160 are worthy of recommendation models.

Pro2: It is a Taiwan headphone brand registered in Germany. It mainly focuses on low and medium price headphones. The PH580, PH560 and PH1000 in the early years are well known to some extent.

SoundMagic: It is called "Sound Beauty" or "Sound Beauty Technology" in China. Founded by Tony Xu in 2005, the company is committed to providing consumers with professional electroacoustic products with high cost performance. Products with classic design, high cost performance has been recognized by the majority of consumers; PL11 and PL50 were awarded 5 stars by the British magazine Stuff,What Hifi; It is one of the few headphone manufacturers in China that sell their own brands overseas and have their own sales network. In 2011, we launched 4 new products with different characteristics, E10, E30, P30 and EH11, which were well received by the market.

DGSHOW: domestic wireless headset brand, established in early 2008, operated by Shenzhen Lingxiu Technology Co., Ltd. Committed to the card speakers, Bluetooth speakers, wireless earphones, wired dazzle bass earphones and other products of the development and research. To promote the process of life socialization, deliver open, shared, integrated products, bit by bit change people's way of life, meet the unique needs of different people, let your life more colorful, more convenient, but also more fashionable. In the development of portable card speakers, wireless Bluetooth headset products and other aspects has always maintained a leading position, and has been widely praised and recognized by people from all walks of life. We are working hard to make DGSHOW become the most practical and reliable brand for the majority of users. Each work of DGSHOW is given its unique life and soul, the pursuit of perfection, the music of nature. DGSHOW is not just a stage show of digital products, she gives the taste of life belief, the pursuit of positive and ambitious full of vigor and vitality. This belief, spirit and attitude lead the DGSHOW people to continue to develop better products.

Flypods3: Glory FlyPods 3 True Wireless Earphones are a pair of wireless binaural stereo Bluetooth earphones released by Glory in November 2019. This earphone adopts the in-ear scheme, wearing better than other semi-open earphones. The headset is equipped with a 10mm diameter moving coil unit and three microphones for noise reduction. While ensuring noise reduction, high-quality music can also be enjoyed.