This entry is reviewed by the "Science China" Science Encyclopedia entry writing and application work project .

Transistor radio is a small transistor-based radio receiver. Historically, "transistor radio" specifically refers to an AM broadcast band radio that accepts a frequency of 540 to 1 600 kilohertz in a single channel.

The first civilian transistor radio was developed by the Society of Industrial Development Engineers in Indianapolis, Indiana. The price was US$49.95 and approximately 150,000 units were sold. It wasn't until 1960 that transistor radios entered ordinary households with some models falling to $20. The influx of products from Hong Kong made the price drop below $10.

The transistor radio is the second generation radio after the tube radio. Compared with electronic tubes , transistors are small in size, light in weight, resistant to vibration, long in life, and low in power consumption. Radios can be made compact and have relatively stable performance. Therefore, after the advent of transistor radios, a large number of portable radios and pocket radios have emerged, bringing people It's very convenient.

After the radio uses integrated circuits, not only the volume can be made smaller, but also the reliability is high. As the number of integrated circuit components is getting larger and larger, radios made with it have better performance and more functions. The integration of radios has become an inevitable trend.

The antenna receives the high-frequency amplitude modulation wave (AM) signal transmitted by many broadcasting stations, selects the required station signal through the same input channel, and sends it to the frequency converter . After frequency conversion, the output frequency is 465 kHz intermediate frequency signal . It is sent to the IF frequency selective amplifier for amplification, and the amplified IF signal is sent to the detector for detection and restored to an audio signal. The audio signal is amplified by the pre-low frequency amplifier and the final power amplifier and then sent to the speaker . The electrical signal is restored to sound. 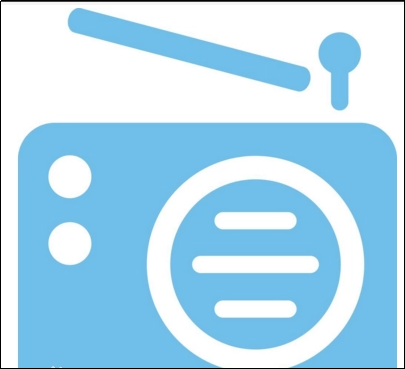 In order to improve the performance of the radio, an AGC circuit is added. The superheterodyne radio is a receiver with better performance , which has the advantages of high sensitivity and good selectivity.

2. According to the purpose. There is an ordinary radio (only radio programs can be listened to). Clock-controlled radio, car radio, radio and telephone, multi-purpose machine for receiving, amplifying, singing, and intercom, and special information broadcasting radio, etc.

3. According to the modulation method and the number of bands: there are FM radio, AM radio, single band, multi-band (also called full-band radio, etc.).

The performance of a full-band radio generally reaches the extreme or first-class radio level. It has the advantages of high sensitivity, good selectivity, low distortion and high output power. Most full-band radios can receive stereo broadcasts.

6. In terms of working voltage: Generally, radios with a power supply below 3 volts are collectively referred to as low-voltage radios, which have the advantages of saving electricity and easy to use.

To choose a good transistor radio, you must first understand four basic relationships:

1. The larger the chassis, the better the sound quality;

2. The larger the horn diameter, the better the sound quality;

3. The larger the battery volume, the longer the relative service life of the battery;

4. The longer the magnet, the higher the sensitivity (more stations).

Secondly, five points should be paid attention to when purchasing:

1. The change after the power supply voltage is reduced should be small. When selecting, you can bring a half-new and half-used battery for trial listening, and the impact on a high-quality radio should not be significant.

3. The volume change should be small when turning the direction.

4. Human body induction affects little. When a person's body is close to the radio, it will have a certain impact on the work of the radio. This situation is particularly obvious for shortwave.

5. The noise should be low. Noise generally includes electrical noise and mechanical noise. Turn the radio to a place where there is no station, and turn on the volume to the maximum. At this time, the minimum sound is better. Listen to a program and listen to whether there are noises caused by resonance of certain components when the volume is loud.

Finally, you should also pay attention to whether the tuning knobs and buttons are coordinated and effective, whether the hand feels good, and whether the shell of the radio is damaged or not.

2. The magnetic antenna in the transistor radio has a strong directivity. When receiving remote stations, pay attention to turning the direction of the radio to make the received signal the strongest.

3. The beam stage of the transistor radio mostly uses a Class B push-pull power amplifier circuit. The characteristic of this circuit is that the louder the volume, the higher the power consumption. To prolong the service life of the battery, the volume should not be too high when listening. In addition, the volume is too loud, exceeding the undistorted output power of the radio, and the sound is also unpleasant.

4. The volume of the transistor radio becomes smaller or the sound quality deteriorates. It is likely that the battery is almost used. Replace with a new battery in time to prevent the liquid in the battery from flowing out and corroding the battery card. When replacing the battery, pay attention to the installation direction, do not put it down, so as not to damage the components.

5. When the transistor radio is not in use, it should be placed in a cool and ventilated place, not exposed to the sun, damp, violently shaken, and do not put it outside to listen in the cold winter.

6. After a transistor radio (especially a desktop radio) is used for a period of time, dust will accumulate inside. Dust accumulates inside. You can open the back cover and gently clean it with a soft brush. Don't wipe it with a wet cloth, or it will rust the metal parts.