Academician Tao Ruibao of Fudan University said that if it is not fundamentally changed, the development speed of traditional computers will become slower and slower. After 10-15 years, it will be completely stagnant. . This conclusion was approved by the academicians.

A machine system that receives and stores information according to human requirements, automatically processes and calculates data, and outputs result information. Traditional computer is the extension and expansion of brain power, and it is one of the major achievements of modern science.

Traditional computer systems are composed of hardware (sub)systems and software (sub)systems. The former is an organic combination of various physical components based on the principles of electricity, magnetism, light, and machinery, and is the entity on which the system works. The latter are various procedures and documents used to direct the entire system to work according to specified requirements. 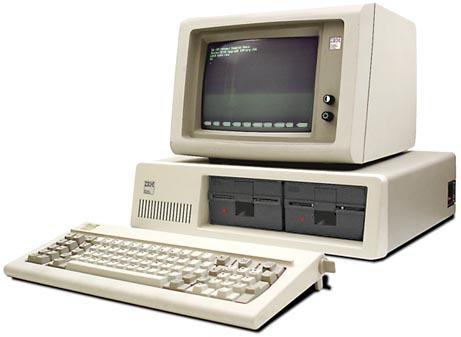 Figure 1 shows the hierarchical structure of a traditional computer system. The kernel is a hardware system, an actual physical device for information processing. The outermost layer is the people who use traditional computers, that is, users. The interface between human and hardware system is software system, which can be roughly divided into three layers: system software, support software and application software.

The innermost layer of the software system is the system software, which consists of an operating system, utility programs, and compilers. The operating system implements management and control of various software and hardware resources. Utility programs are designed for the convenience of users, such as text editing. The function of the compiler is to translate the program written by the user in assembly language or a certain high-level language into a machine language program executable by the machine. Supporting software includes interface software, tool software, environmental database, etc., which can support the environment of the machine and provide software development tools. Supporting software can also be considered as part of the system software. Application software is a special program written by users according to their needs. It runs with the help of system software and supporting software, and is the outermost layer of the software system. Software can be divided into two types: system software and application software

Traditional computer systems can be classified according to system functions, performance or architecture. ① Special purpose computer and general purpose computer: The early traditional computers were designed for specific purposes and were of special nature. Since the 1960s, it has begun to manufacture general-purpose traditional computers that take into account the three applications of scientific computing, transaction processing and process control. Especially the emergence of serial machines, the adoption of various high-level programming languages ​​of standard texts, and the maturity of the operating system enable a model series to choose different software and hardware configurations to meet the different needs of users in various industries, and further strengthen Versatility. However, special purpose machines are still being developed, such as full digital simulators for continuous dynamics systems, ultra-mini space special traditional computers, and so on.

③ Pipeline processor and parallel processor: Under the condition of limited speed of components and devices, starting from the system structure and organization to achieve high-speed processing capabilities, these two processors have been successfully developed. They all face ɑiθbi=ci(i=1, 2, 3,...,< i>n; θ is an operator) such a set of data (also called vector) operations. The pipeline processor is a single instruction data stream (SISD). They use the principle of overlap to process the elements of the vector in a pipeline manner, and have a high processing rate. The parallel processor is a single instruction stream multiple data stream (SIMD), which uses the principle of parallelism to repeatedly set up multiple processing components, and simultaneously process the elements of the vector in parallel to obtain high speed (see parallel processing traditional computer systems). Pipeline and parallel technology can also be combined, such as repeatedly setting multiple pipeline components to work in parallel to obtain higher performance. Research on parallel algorithms is the key to the efficiency of such processors. Correspondingly expand vector statements in high-level programming languages, which can effectively organize vector operations; or set up vector recognizers to automatically recognize vector components in source programs.

An ordinary host (scalar machine) is equipped with an array processor (only for high-speed vector operation pipeline dedicated machine) to form the main and auxiliary machine system, which can greatly improve the processing capacity of the system, and the performance and price The ratio is high, and the application is quite wide.

Distributed system is the development of multi-machine system. It is a system that is physically distributed by multiple independent and interacting single machines to solve user problems together. Its system software is more complex (see Distributed Traditional Computer system).

Modern mainframes are almost all multi-computer systems with distributed functions. In addition to containing high-speed central processing units, there are input and output processors (or front-end user computers) that manage input and output, manage remote terminals, and network communications. The communication control processor, the maintenance and diagnosis machine for system-wide maintenance and diagnosis, and the database processor for database management. This is a low-level form of the distributed system.

The computer of the future should be a quantum computer