Features and applications  Compared with thick film hybrid integrated circuits, thin film circuits are characterized by a wide range of component parameters, high precision, good temperature and frequency characteristics, and can work to the millimeter wave band. And the integration is high and the size is small. However, the process equipment used is relatively expensive and the production cost is high.

There are many kinds of substrates used in the main process thin film hybrid integrated circuits, the most commonly used is glass substrates, followed by glass-ceramics and glazed ceramic substrates, and sometimes sapphire and monocrystalline silicon substrates . In order to achieve tight assembly and automated production, standard substrates are generally used.

There are many ways to form a thin film on a substrate. The physical vapor deposition (PVD) method is commonly used in the manufacture of thin-film networks, and sometimes anodizing or electroplating is also used. In the physical vapor deposition method, the most commonly used are the evaporation process and the sputtering process. Both of these processes are carried out in a vacuum chamber, so they are collectively referred to as vacuum film forming methods. With these two methods, passive components, interconnects, insulating films and protective films in passive networks can be manufactured. The anodic oxidation method can form a dielectric film and can adjust the resistance of the resistive film. When manufacturing distributed parameter microwave hybrid integrated circuits, electroplating is used to increase the thickness of thin film microstrip lines to reduce power consumption.

Thin film materials  There are four main types of films in thin film circuits: conductive, resistive, dielectric and insulating films. Conductive films are used as interconnect lines, soldering areas, and capacitor plates. The resistive film forms various miniature resistors. Dielectric film is the dielectric layer of various miniature capacitors. The insulating film is used as the insulation of the cross conductor and the protective layer of the film circuit. Various films have different functions, so their requirements and materials used are also different. 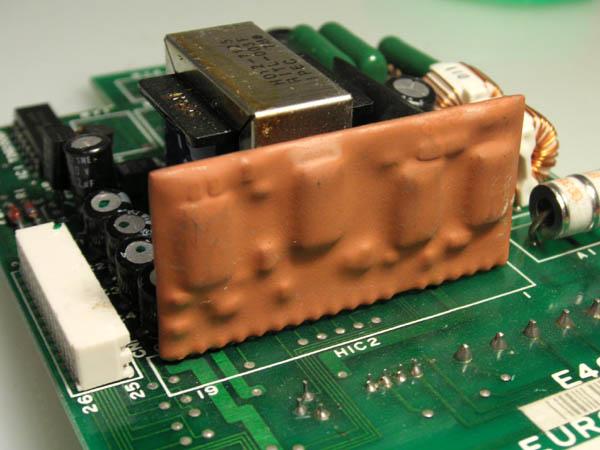 The pole plates of miniature capacitors have slightly different requirements for conductive films. Aluminum or tantalum is often used as the bottom plate of the capacitor, and aluminum or gold is used as the upper plate.