Terminal classification: Common client devices are divided into two categories: one is a thick client and the other is a thin client. Then, the devices based on the open industry standard architecture and more powerful functions represented by the PC are called "fat clients", and the others are classified as "thin clients." The space and scale of the thin client industry is also very large, no less than the scale of the PC. 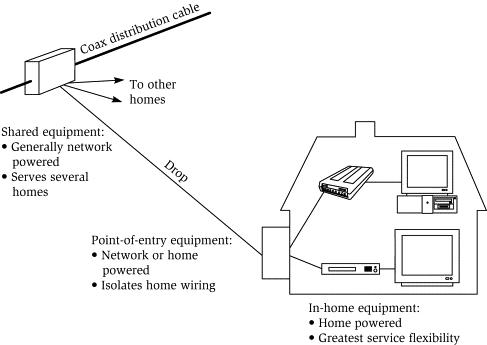 1. From a technical perspective, the data processing mode will be decentralized to centralized, the user interface will be more user-friendly, manageability and security will be greatly improved; at the same time, communication and information processing methods will also be fully networked, and can achieve unprecedented System scalability and cross-platform capabilities.

2. In terms of application form, network terminal equipment will not be limited to the traditional desktop application environment. With the diversification of connection methods, it can be used as a desktop device, and it can also be used in mobile and portable ways. There will be diversified terminal devices. Product form: In addition, with the expansion of cross-platform capabilities, in order to meet the needs of different system applications, network terminal devices will also appear in many faces: Unix terminals, Windows terminals, Linux terminals, Web terminals, Java terminals, and so on.

3. In terms of application areas, terminal devices in the era of character dumb terminals and graphic terminals can only be used in window service industries and counter services will be gone forever, and non-counter services such as online banking, online securities, and bank low-counter services will be extensive Adopt network terminal equipment, and the application field of network terminal equipment will also rapidly expand to emerging non-financial industries such as telecommunications, electricity, taxation, education, and government.

In VoIP, the terminal equipment is a general telephone.

Also known as a conversational terminal, it enables the user and the computer system to perform data processing operations in the manner of human-computer interaction or conversation. The simplest interactive terminal used electromechanical keyboard printing terminal in the early days. By pressing the keys marked with characters on the keyboard by hand, electrical signals with corresponding character codes can be generated, input to the computer, and printed out on the printer paper. Characters: The character code signal output by the computer is also printed on paper by the printer as characters. When there is no need to record and save the results of man-machine conversations, a picture tube is used instead of a typewriter to display character information, that is, an electronic keyboard character display terminal is used. In order to make the picture tube display without flicker, a display memory and a read-only memory for the font generator must be installed in the terminal. In addition, a display logic processing controller must be set up to control the electron beam in the picture tube according to the timing and synchronization of the TV raster scan. The required character picture format is displayed on the phosphor screen. Since the display memory can be used to store and display the typed and output character information at the same time, the keyed positioning cursor can also be used to locate, modify, move up, down, left, and right, and edit the displayed information content.

Network terminal equipment (Network terminal) is a kind of terminal equipment dedicated to the network computing environment. Compared with PCs, there are no storage devices such as hard disks, floppy drives, optical drives, etc. It obtains resources through the network, and application software and data are also stored on the server. For example, mobile phones, computers, and other devices you use are called terminal devices.