The origin of the term

This place is the garage rock back to the 1960s. Since 2003, set off a wave of garage rock revival, this kind of music old and stubborn, simple fresh forces, once again impressed the audience's ears.

In 1994, after Nirvana's Kurt Cobain committed suicide, rock seemed for a time to lose the momentum and direction, in just a year or two's time, initially surging wave Grunge vanished, the only He survived pearl jam is faltering, no longer difficult now high-spirited year.

After half of the 1990s, the whole pop music has always been shrouded in electronic music, people seem to believe, electronic music will be the future of rock and roll, it will be the future of the music. In the next decade or two decades later, the musicians will not use such instruments guitar, bass or drums, will be replaced by synthesizers, samplers, drum machines and computer software. But they are wrong, even in the electronic music's most prosperous period, the rock did not stop its beating, and in the history of rock and roll, when every time it seems to be dead, it always miraculously stood up, and create new miracles.

Such a miracle happened in 1959 when Buddy Holly died in a plane crash, occurred in the 1970s when art rock full of music, also have occurred in the late 1980s heavy metal, and leaderboards large concert music has become mainstream when, but this time, there is reason to believe that rock music is back. And every revival in the history of it, like, rock and roll once again returned to simple, direct, full of passion and vitality of the root causes, and derive power forward.

Since the mid-60s, garage rock music in a very long time has been the mainstream critics and fans ignored, in their view, only the music but excess energy kids and a few good partner kicks in only after their own backyard, how can you call this thing for music? And compared to the Beatles, they do not have beautiful harmonies, sophisticated chords and complex song structures, they even only one or two chords, and perhaps not by right. But not until after a long time, people realized that this is perhaps the secret of rock and roll. You do not need to look handsome and beautiful voice, what you need is a guitar and singing, who cares? You have to do to sing, sing, sing constantly. 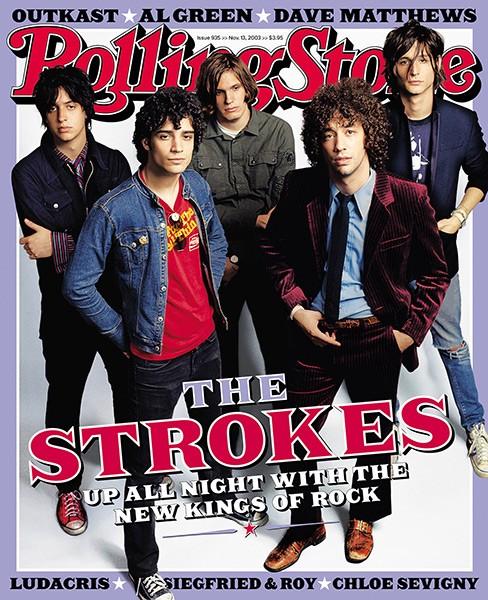 recognized as the earliest a garage band's songs are Kinsman "Louis, Louis," a song created a garage songs modes: as simple chords, try playing loud, as short as possible time, try to awkward postures and dark, obscure and obscene lyrics. The song has also become the first choice for many amateur cover songs the band's future.

Another branch early garage band in Germany Monks band, but they are not German, but German soldiers serving in the United States, they stay in Germany because they like each small there club performances. Monks and compared to New York's Velvet Underground and seem to not know how to play with musical instruments in the hands of the bad boy, but in fact the real band members are professional musicians, although their first album "Velvet Underground and in Nepal can "in no way shadow professional music. The album is perhaps one of the greatest rock and roll history and impact of the worst album sales. From their start in New York became a hotbed of underground music.

The next Stooges band succeeded in attracting the attention of critics, all who have seen their live performances can not help but exclaim, "These guys how could such a metamorphosis on stage"? Lead singer Iggy Pop is basically not singing, but in the roar, the lyrics are no longer hiding, but straightforward obscene, while Iggy created a precedent for self-mutilation on stage, and later become the object of numerous bands imitate. In the early garage band, most probably to belong Shaggs amateur band, and the band made a Shagg composed even in the absence of a grasp of basic instrumental skills when he started recording the album, but who defines rock and roll What must abide by it?

With the dissolution of the Stooges and the Velvet Underground, as well as superstars such as Led Zeppelin band domination of rock music, garage music disappeared from people's sight, but it never really disappeared in New York, New York girl band, band the Ramones, television band, Patti Smith, Richard Hale, as well as the UK sex pistols, the Clash, the band, who's buzzing chicken 70s music, people I can still hear the music of the shadow of the garage, but this time it was called a punk.

Today, a group of younger bands playing again this seems outdated music, most of them established in 1998 to 1999 and 2001 about published their album, they inherited the tradition of garage music of the 1960s, and adding their own musical ideas, after all, nearly 50 years in rock and roll history, music form has undergone great changes, and the same the rock and roll spirit.

In these new bands, the lead is from New York band The Strokes, they published in 2001 debut album "Is This It" was the year's major music magazines have named the most good album. Impact of The Velvet Underground band and TV band on them is obvious, but also from their friends in New York "Yeah, Yeah, Yeahs" The band has said he is art punk trio from New York, the band by female singer Karen O, guitarist Nicolas Zinner and drummer Brian Chase composition, they only released two EP in 2001 and 2002, but by the attention of critics and fans, and the Strokes together they form the backbone of a new generation of bands CBGB , and other female singer of the band different, Karen O's singing style is more like women's version of Iggy Pop.

another band from New York that Interpol, they suffered more from the effects of Joy Division such as post-punk band, they released their debut album in late 2002 "Turn On the Bright Lights ".

the White Stripes band from Detroit is actually a former husband and wife Meg White and Jack White of the composition, they want to set up the band's original intention is one of the most simple rock, and they almost did. Their music combine elements of garage music and blues, lead singer Jack White's voice is closer to classic early rock and roll, the two of them have always been red and white dress by others. Music band from San Francisco Vue is also a blues-oriented garage music, singer Rex Shelverton singing as if a new generation of Richard Hale.

It shares the garage music revival wave of people is noteworthy that it is not just a regional trend, it is a worldwide trend. the Hives and the band from Australia, "the Vines" bands and their American counterparts from Sweden echoed together fueled the revival of garage music. The difference is, "the Vines" music some more Grunge music elements, the structure is more regular. The lazy and calm compared to The Strokes, the Hives band's music is extremely irritable, frenetic, full of passion, in their album "Veni Vidi Vicious", they will be brought back to the audience as if Stooges and The Rolling Stones era.

Yes, that was the golden age of rock and roll, it allows everyone to become possible, rock charm is that it is always advancing from one point to another, even if the point of departure is the place where it used to be in this constantly devour themselves, their digestive process, a new self will always be at an appropriate time, the revival of garage music is just another curtain of rock history repeats itself, it will be another day trend replaced, but the essence of rock and roll and will not change, people just put it a new coat.