For more than ten years, successful development successfully has successfully developed a new nuclear radiation detector, some of which have been formed by the market; some detectors have been eliminated or gradually replaced; Some "old" detectors are reused.

It is no longer more than 100 kinds of radiation detectors that can give electrical signals. The most commonly used main gas ionizing detector, semiconductor detector and scintillation detector three categories. As early as 1908, the gas ionization detector has been published. But until the 1931 pulse counter appeared, the rapid count problem was solved. In 1947, the appearance of a scintillation counter increased the detection efficiency of the particles due to its density much greater than the gas. The most significant is the sodium iodide (铊) scintillator, which has a higher energy resolution for γ rays. In the early 1960s, the development of semiconductor detectors was successfully developed to make the spectral measurement technology. Modern type detection devices and devices for high energy physics, nuclear physics, and other science and technology are based on the above three types of detection devices have developed through continuous improvement of innovation.

The way the radiation detector gives the information, mainly divided into two categories: a class is that the particles are incident to the detector, and have been dedicated to people's senses. The information that can be accepted. For example, various particle track detectors, generally passing through phases, developing or chemical corrosion. There is also a thermal release detector, a photoluminescent detector, and a light output associated with the illuminated amount is given through heat or light excitation. This type of detector is basically not a research scope of nuclear power. When another type of detector receives incident particles, the corresponding electrical signal is immediately given, and the electronic line is enlarged, and the processing can be recorded and analyzed. This second class can be called an electrical detector. The electrical player is the most widely used radiation detector. The advent of this type of detector has led to the emergence and development of new branch disciplines in nuclear power. 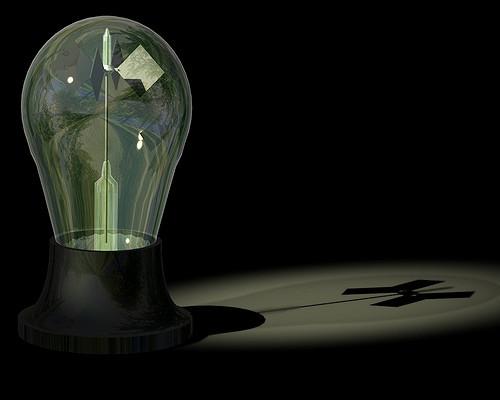 The main performance of the radiation detector is the detection efficiency, resolution, linear response, particle differentiation. The radiation can be converted into a device for a measurable signal. The basic principle of the detector is that the particles in the radiation and the detection medium interact, all of the energy or partially transmitted to the medium, and cause a macroscopically measured reaction under certain external conditions. For optical band, radiation can be regarded as electron beam, and the energy of the photon is electronically transmitted to the medium, producing a so-called photonic event, and radiation can be converted into thermal energy (such as thermocouple), electrical energy (such as photocurrent and photoelectric voltage), chemical energy (photosensitive) Generation of silver particles in latex), or another wavelength of radiation (fluorescence effect). According to these energy and radiation, various different devices are designed to measure the radiant energy of the celestial body.

Resolution of the ability of its energy very close to particles

The ability to accurately give the particles arrival time. These indicators generally use the half-high wide (FWTM) of the spectral line and a very high wide (FWTM).

A certain type of detector is only sensitive to certain types of incident particles, but is not sensitive to other particles, or will be given different from the type of particles. The form of information is different, so that it is convenient to selectively detect the required particles to exclude other unnecessary nuclear radiation interference.

The information given within a certain range and the energy, intensity or position of the incident particles is generally referred to as energy linear, intensity linear or Line linear.

generally also requires radiation detectors to have anti-radiation damage and adaptability to various environmental conditions, such as temperature, humidity, light, corrosion resistance, and mechanical vibration. It has an imaging function and is a characteristic of modern new detectors. Such detectors have been used in neutron photographed, gamma photograph, X diffraction, and electron microscopy. Therefore, its application has long been exceeding the field of nuclear science, and expanding to other discipline research and related national economic departments.

The study of China's radiation detector is carried out in the early 1950s, successively developed a successful nuclear latex, a cover leather count tube, sodium iodide (铊) scintillator. By the end of the 1950s, the research work of other scintillators, photomultiplier tubes and semiconductor detectors were launched. In the study of nuclear weapons, China has basically used various radiation detectors developed by their country.

The development trend of nuclear radiation detectors is: 1 Research simultaneously gives a combined detector and detecting device for multiple information such as particle position, energy, time and other information. . 2 Take advantage of new achievements of electronic technology and computer technology, improve the information of the information provided by the detector, the accuracy, speed, and utilization of information. Microelectronics technology is promoting the emergence of miniaturization detectors. 3 Search for more ideal detection media and detection mechanisms to develop superconducting detectors.