Generates the most common method of longitudinal magnetic field, and there is a screw coil method.

Sometimes the test piece is too large and cannot be placed in the screw coil. In this case, the copper cable can be used around three to six laps on the test piece to carry out longitudinal magnetization. This cable can be connected to two chucks of the magnetic flaw detector. The longitudinal magnetic field generated by the cable also has an effective magnetization distance. Frequent cable magnetizing methods to check the landing gear of the aircraft. The cable can be routed around the fifty circle on the landing gear during the check. It is also possible to be magnetized between the yoke of the electromagnet, which can be excited with direct current or alternating current. 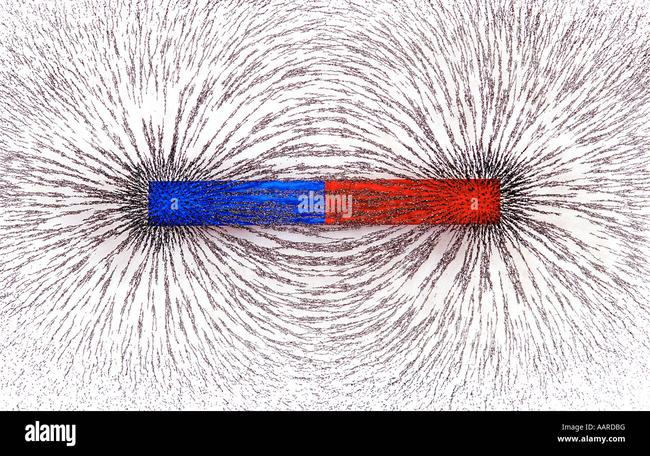 Let us first calculate the magnetic field generated by the ring solenoid. This annular screw tube is uniformly wound on a circle, assumes that the inner diameter of the ring is

, and the outer diameter is . The radius is drawn in the ring with to draw a closed return in the ring, which is combined with a magnetic line in the ring. The magnetic field intensity h along this pair is the same. Further, it is assumed that W is the total number of turns around the coil, and there is an area surrounded by the Wide line through the above-described closed back. Since the current passing through each wire is i, the total current of the area surrounded by this closed return is Wi. In this way, the law of the ampere loop can be written into: thus

, the algebra of the current through the area it surrounded is equal to zero, so the magnetic field is zero, that is, magnetic fields other than the ring. It is zero.

The magnetic induction intensity of R at the ring is

. On the one side of the coil, B has a maximum value ; in the foreigner, B has a minimal value .

can regard the screw coil as part of the radius equal to infinity of the endless ring closure. It is assumed that the length of the screw is

, , and . Therefore, the magnetic field intensity in the screw coil is , and H is the same in all points on one cross section of the screw.

This formula is only approximate because the coil is only distributed over the entire length of the annular solenoid in diameter is infinite. The longer the screw, the smaller the error. When calculating the magnetic field near the biparies in this formula, the error is particularly large.

The opening capability of the vacuum extinguishing chamber can be improved by applying a contact system that produces a longitudinal magnetic field. When the magnetic induction strength of the magnetic field is in the same direction as the arc current, the carrier motion perpendicular to the current direction is greatly reduced, and the quality of electrons is much smaller than ions, especially. The electrons rotate around the magnetic line so that arc shrinkage can occur at larger current. The arc keeps the diffusing mode to ensure less energy reaches the electrode. Here to point out the arc voltage, it is much lower than the arc voltage measured by the transverse magnetic field contacts.