N literally is simply connected to the network, the device comprising data storage function, also known as "network storage." It is a dedicated data storage server. It is data-centric, the complete separation of storage devices and servers, centralized management of data, freeing bandwidth, improve performance, reduce total cost of ownership, investment protection. Which is much lower than the cost of storage servers, while the efficiency is much higher than the latter.

NAS is defined as a special dedicated data storage server including a memory device (e.g. a disk array, CD / DVD drive, tape drive or removable storage medium, ) and embedded systems software that provides cross-platform file sharing. And the cost much lower than NAS storage server, storage efficiency is much higher than the server. NAS on a LAN typically occupies its own node, without intervention of the application server, allows users to access data on the network, in this configuration, all data on the NAS centralized management and processing network, load the application from the enterprise server or unloading down, reduce total cost of ownership, investment protection.

NAS itself can support multiple protocols (such as NFS, CIFS, FTP, HTTP, etc.), and can support a variety of operating systems. Using IE or Netscape browser can be intuitive and convenient management of the NAS device via any workstation.

SAN is a network, NAS product is a proprietary file server or a file you can only access the device.

SAN is used as the I / O path is a private network between the server and the memory. 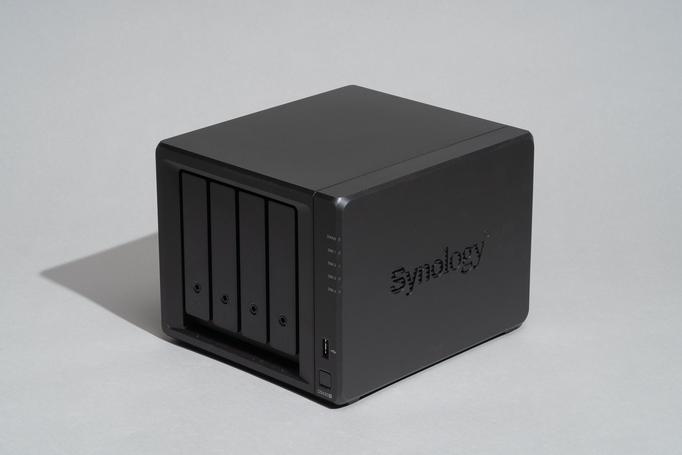 NAS product storage device can be connected to SAN.

NAS is a function of a single thin computer, so unlike the PC so complicated in structure, like the keyboard, mouse, screen, sound card, speakers, expansion Cao, are not required and kinds of connection ports; appliances like in appearance, with only a simple power control knob. NAS and PC similar in architecture, but the simple function, can remove many unnecessary connectors, control chip, electronic circuits, such as keyboard, mouse, USB, VGA and so on. Although

SAN, large tape libraries, disk cabinets and other storage products are a good solution, but they also have a lot of money worth and complex operations. The face of the market need for a simple-to-use storage solutions for SMEs.

NAS is the product of this demand, which not only meet the needs of small and medium enterprises and government departments to the storage device, but also has sufficient space with extensions to accommodate their future development needs. Mature technologies is an important factor in the rapid development of NAS products, especially the introduction of the rapid development of technology and IDE hard disk IDE RAID technology, it can be said to be a milestone in the product development of NAS. They not only NAS products more mature, but also to continue to reduce costs.

NAS product manufacturers in the form of almost all of the storage server, and the operating system and memory regard to the cured products. The manufacturers main push new generation of NAS products with large capacity, low cost, simple installation setup operation, good scalability characteristics.

NAS is actually a server with a thin (Thin Server) storage device, which acts like a dedicated file server. This dedicated storage server different from the traditional general-purpose server, which removes the existing general-purpose server NA most computing functions, but merely provides a file system function for storing service, greatly reduces the cost of storage devices. To facilitate the storage to the transmission network between the data in the most effective way, optimized hardware and software architecture of the system, multi-threaded, multi-tasking network operating system kernel is particularly suitable for processing from the network I / O requests, not only fast response and the data transfer rate is also high. Compared with traditional server-centric storage systems, data is no longer forwarded through the server memory (which can cause additional delays and obstruction), directly between the client and the storage device transfer (so-called third-party transfer), from the control server only management role, which has a faster response speed and higher data bandwidth. Further, to reduce the requirements to the server, the server can greatly reduce the cost, thus facilitating high-performance storage system universal application in a wider range.

NAS is a server with its own core, CPU, memory, operating systems, system disk, and the disk array only one storage medium. NAS directly to the switch or hub, the disk array to the backend server. NAS is not dependent on servers, NAS has its own file management system, the burden of server management files relieved, improve server performance, disk arrays without their own document management system, relying entirely on the server, when data traffic is heavy, causing the server a lot of pressure is easy to form I / O bottleneck, the entire network system performance. A disk array technology, is to improve the reliability of data storage. It uses efficiency for reliability. The fusion NAS disk array technology in its file system, so that not only improve the reliability of the data, and with parallel operation of the disk, and improve the overall system performance. It can be seen from the above reasons NAS substantially faster than the speed of the disk array, let's take a specific speed of the disk array NAS and make a comparison.

is generic control normal disk operating system such as UNIX or NT, only part of the control disc in its functions, I / O operation algorithm is not efficient. The NAS operating system is proprietary, it is just a disk I / O, the highest efficiency of the algorithm.

root cause slow disk array lookup head arm that is a mechanical operation, thus reducing the number of head arm movement is the key to efficiency. The disk NAS I / O operation algorithm, in particular write operation, made a great improvement over general-purpose operating system, which minimizes the number of movements of the head arm. The algorithm to ensure that the head always stay in a writable location, and from this position continuous writing.

normal RAID (RAID) systems for common operating system is applied, it is the additional burden. RAID is to get people to use high reliability, but at the expense of some of the efficiency of the system to do the prerequisite. The NAS RAID system is designed in its proprietary operating system, it is not only an additional burden, since a plurality of disks opposite the head arm can be simultaneously read in parallel, so the higher the I / O speed.