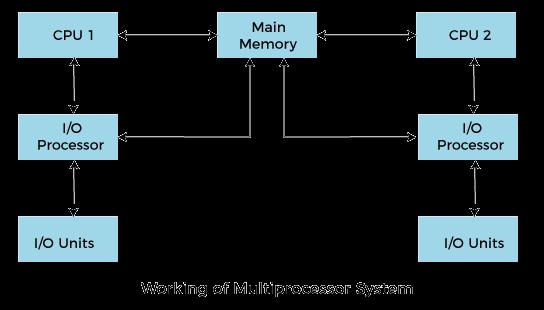 It is generally believed that the concept of multiprocessor should include the following points:

(4) The entire system is controlled by a unified operating system, which realizes the overall parallelism of operations, tasks, program segments, arrays and their elements at all levels between the processor and the program.