Generally speaking, a chip can perform some all functions or sub-functions in a large combination, such as the radio frequency subsystem of a mobile phone, or a DVD player. Take the data path and the cantilever control logic of the laser reading head. They usually contain an entire system chip.

In the aforementioned examples of using digital circuits and analog circuits, mixed-signal integrated circuits are often designed for specific purposes, but they may also be standard components for multiple purposes. Moreover, the design of mixed-signal integrated circuits requires a very high degree of professionalism and careful use of computer-aided design tools. The automated testing of finished chips is also more challenging than general ICs. Both Teradyne and Agilent Technologies are major suppliers of mixed-signal chip test equipment.

Altera, Atmel, Xilinx, Lattice have all launched PSoC products. There are two ways to realize PSoC: use FPGA/CPLD; the other is to add programmable modules in ASIC. 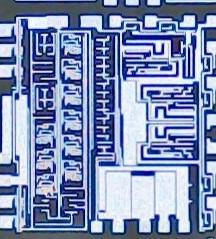 MSP430 is a series of 16-bit microcontrollers and their brands produced by Texas Instruments. It is an ultra-low-power 16-bit mixed-signal processor with reduced instruction set. The frequency has 8/16/25MHz to choose from. The chip contains ADC, DAC, clock, watchdog, RAM, flash or ROM, and supports I²C, CAN, etc.

It is divided into several series:

System on Chip (English: System on Chip, abbreviation: SoC) It is an integrated circuit that integrates a computer or other electronic system into a single chip. The system chip can process digital signals, analog signals, mixed signals and even higher frequency signals. System chips are often used in embedded systems. The integration scale of the system chip is very large, generally reaching several million gates to tens of millions of gates.

Although microcontrollers usually only have less than 100 kB of random access memory, in fact it is a simple and weak single-chip system, and the term "system chip" is often used Refers to more powerful processors that can run certain versions of Windows and Linux. The stronger function of the system chip requires it to have an external memory chip, for example, some system chips are equipped with flash memory. System chips can often be connected to additional external devices. The system chip puts forward higher requirements on the integration scale of semiconductor devices. In order to better perform more complex tasks, some system chips use multiple processor cores.