It is to make each node in the network transmit and receive signals, so that ordinary wireless technologies have existed in the past. And the problem of transmission reliability is solved. A large number of terminal devices in the network can automatically connect through the wireless connection, each node in the network has automatic routing functions, and each node communicates with the neighboring node, which is a self-organized, self-managed smart network, Needless to build a flexible network without the need for a backbone. Traditional wireless communication networks must be pre-designed and arranged in advance, and its transmission path is fixed, and the transmission path of the Mesh network is dynamic.

Mesh network is also known as "multi-hop network", which is a dynamically expandable network architecture and can effectively transfer between wireless devices. In a traditional wireless LAN, the user will first access a fixed access point (AP) if you want to communicate with each other, and the way this access is called a single jump network. In multi-hop networks, any wireless device node can simultaneously act as APs and routers. The benefit is that if the recent node is congested due to large traffic, then the data can reselect a small flow path for transmission. The packet is transmitted from one node to multiple nodes from a node according to the network, and finally reaches the destination. Such an access method is multi-jump access.

In fact, the Internet we are familiar with is a typical example of a "wired multi-hop" network. For example, we have to send an email, and email does not directly reach the recipient's mailbox, but forward the router from one server to another server, and finally reach the user's mailbox. During forwarding, the router generally selects a better path so that the email can be delivered to the user mailbox as soon as possible. Therefore, the Wireless Mesh network can be called a wireless version of the Internet. It is the most different from the traditional wireless communication system to automatically find the best path, pass the sub-package data from a routing node to another routing node until reach the destination. These features make the Wireless Mesh network with traditional point-to-point and points such as cellular communications, which have unparalleled advantages compared to multi-point communication networks.

Wireless Mesh Network Since the US Department of Defense Senior Research Program, the initial motivation is to meet the needs of battlefield. In the late 1990s, with the disclosure of technology, the Mesh network became a public research hotspot in the field of mobile communications. At present, the wireless Mesh network technology has not fully reached practical stages, and most of the work is still in the simulation and experimental phase. The technical difficulty is to establish an effective computational rules and network protocols in the networking technology, which enables network efficient and reliable. Work, no matter the network layer, link layer, or physical layer has not yet formed a unified standard. Wireless Mesh technology has been used in the US military, and the application of civilian domain has begun to start, and there have been successfully established test networks in the United States, Europe and Japan. Domestic research has just started, published some theoretical articles, but the test system has not been reported.

One is a broadband and high-speed application, which can transmit bandwidth more than 50MB in a high-speed movement of 300km / h, and the core technology can be applied directly to the fourth generation. Mobile communication system (4G);

Its two is close-distance, low power, low data rate, low cost two-way wireless communication, mainly suitable for automatic control and remote monitoring, can be embedded in various devices In the middle, it supports geographic localization, this application can form the next generation of Bluetooth, ZigBee is the commercial name of this technology. ZigBee's network standard is developed by the IEEE 802.15 Working Group, known as IEEE 802.15.4 (completed in October 2003). ZigBee protocol is simpler and practical than Bluetooth, high-speed personal area network (PAN) or 802.11x wireless local area network.

Relying on this unique network architecture, the wireless mesh has the characteristics of self-network, self-management, automatic repair, self-balance, its mobile broadband (maximum bandwidth up to 6Mbps), support more The advantages of the business are also highly respected, even regard it as the future of Wi-Fi.

For traditional wireless networks that use stars and other methods, it is often easy to make local or even the entire network. The wireless mesh is a multi-point jump system, providing multiple redundant communication paths from the source to the destination. If a path stops working due to hardware failure or interference, the mesh network will automatically change the route of the packet so that they can utilize an unaffected alternative path.

, as a multi-point jumper system, the wireless mesh can enable a multi-hop network node to reach the neighbor node at a certain transmit power, so in the actual application, it can be effective Reduce the transmitter power to extend the battery life. The low power node can also greatly increase the frequency reset, thereby achieving the purpose of improving the network capacity.

Networks holding a laptop or handheld computer such as a wireless network card of PCMCIA to access the network in a plug-and-play manner, ensuring that all users can quickly access wireless broadband anytime, anywhere. The internet. 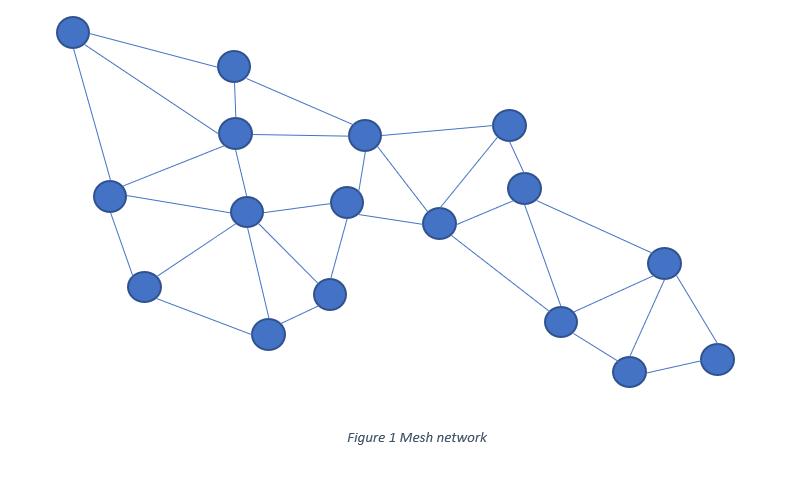 In general, the maximum data transmission rate of the wireless mesh network is 6Mbps, and the speed of 1-1.5Mbps can still be maintained at a frequency of 1-1.5 Mbps, which can still be able to meet real-time video transmission. Require.

In a conventional Wireless LAN (WLAN), each client accesses the network through a wireless link connected to the AP. If you want to communicate with each other, you must first access a fixed connection. Inscription (AP), this network structure is called a single jump network. In the wireless Mesh network, any wireless device node can operate as an AP and router simultaneously. Each node in the network can transmit and receive signals, each node can communicate directly with one or more peer nodes.

This structure is that if the recent AP leads to congestion due to excessive traffic, the data can automatically re-route adjacent nodes with a smaller communication flow. According to such push, the data packet can also continue to route the next node to the nearest next node until the final destination is continued. This way is how to jump access.

In fact, what is well known is a typical example of a Mesh network. For example, when we send an E-mail, email is not directly reached in the recipient's mailbox, but forwards from one server from one server to another server, and finally the route forwards arrive at the user's mailbox. During forwarding, the router typically selects the highest efficiency transfer path to enable email to reach the user's mailbox as soon as possible.

Compared to traditional switched networks, the wireless Mesh network removes the wiring needs between nodes, but still has redundant mechanisms and re-routing features provided by distributed networks. In the wireless mesh network, if you want to add a new device, you can simply connect the power supply, it can automatically configure it, and determine the best multi-hop transmission path. When adding or moving, the network can automatically discover the topology change and automatically adjust the communication route to obtain the most effective transmission path.

1. Quick deployment and easy installation. Installing the Mesh node is very simple, take the device from the box, and connect the power. Due to great simplification of installation, users can easily increase new nodes to expand coverage and network capacity of the wireless network. In the wireless Mesh network, it is not a cable cable connection to each Mesh node, which is the biggest difference from the wired AP. Mesh's design goal is to minimize the number of cable devices and cable APs, so greatly reduced total cost and installation time, only the cost savings brought about this is very considerable. The configuration and other network management functions of the wireless Mesh network are the same as traditional WLANs, and the experience of users using WLAN can be easily applied to the Mesh network.

2. Non-view transmission (NLOS). Using wireless MESH technology can easily implement NLOS configuration, so all extensive application prospects in outdoor and public areas. Users with the launcher have direct sights, first receive wireless signals, and then forward the received signal to the non-direct linear user. In this way, the signal can automatically select the best path to roll from one user to another, and finally reach the target user without direct line. Thus, the user having a direct lateral distance actually provides a wireless broadband access function for adjacent users without direct linear. The wireless Mesh network is unlikely to expand the characteristics of the wireless broadband and coverage of the wireless broadband.

3. Restrain. The usual way to realize network robustness is to use multiple routers to transmit data. If a router fails, the information is transmitted by other routers through the alternate path. E-mail is such an example, mail information is divided into several packets, and then transmitted through the Internet via the Internet, and finally assemble information to the user inbox. The Mesh network is more robust than a single jump network because it does not depend on the performance of a single node. In a single jump network, if a node fails, the entire network will be paralyzed. In the Mesh network structure, since each node has a path to transmitting data. If the nearest node is faulty or interfered, the packet will automatically route the alternate path to continue to transmit, and the run of the entire network will not be affected.

4. Flexible structure. In a single jump network, the device must share the AP. If several devices have access to the network at the same time, communication congestion can be generated and cause the system's running speed to decrease. In the multi-hop network, the device can be connected to the network through different nodes, so there is no reduction in system performance. The

5. High bandwidth. The physical characteristics of wireless communication determine that the shorter the distance of communication transmission, the easier, the easier it is to get high bandwidth, because the factors that have different interference and other factors that have lost data will increase with the increase of wireless transmission distances. Therefore, selecting multiple short jumps to transmit data will be an effective way to get higher network bandwidth, which is the advantage of the Mesh network.

In the Mesh network, one node can not only transmit and receive information, but also act as a router forwarded information, with more nodes of interconnection and possible path quantity, total The bandwidth is also greatly increased.

Further, because the transmission distance of each short jump is short, the power required to transmit data is also small. Since multi-hop networks typically use lower power to transfer data to adjacent nodes, the wireless signal interference between nodes is also small, and the channel quality of the network is greatly improved, and thus higher network capacity can be achieved. For example, in a high-density urban network environment, the Mesh network can reduce the interference of adjacent users of the wireless network, which greatly improves the utilization efficiency of the channel.