Magnetic recording materials refer to the use of magnetic properties and magnetic effects to input (write), record, store and output (read out) images, 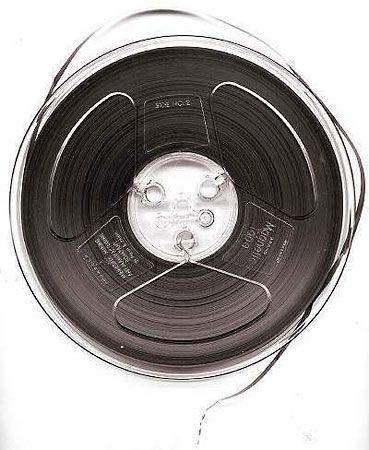 The prototype of magnetic tape appeared as early as 1857. At that time, a steel tape with a width of 3mm and a thickness of 0.05mm was used. In 1898, the Danish W. Pearson invented a practical magnetic recorder. The recording material used was a carbon steel wire with a diameter of 1 mm. After continuous improvement, the DC bias machine appeared in 1907, laying the foundation for the all-round development of magnetic recording technology. With the development of science and technology and the electronics industry, magnetic recording technology and equipment have been continuously improved, and magnetic recording materials have also been developed accordingly. In 1928, German J.A. O'Neill made paper-based tape for the first time, with a speed of 76.2cm/s. Since then, tape has entered practical use. After Kenzo Nagai invented the AC biasing method in 1938, the magnetic recording technology has been further developed, the performance of the tape has been brought into play, and the effect has been significantly improved. During the Second World War, European and American countries secretly studied magnetic recording technology for military needs and made great progress. New technologies and devices such as ring magnetic heads and alternating current biasing methods appeared. In 1947, M. Kanlas made γ-Fe2O3 in the United States, which provided a wide range of material sources for the preparation of various recording materials, and it is still used to manufacture various types of iron oxide magnetic powders. Japan’s Tokyo Telecommunications Industry Corporation (now Sony Corporation) and Japan’s Tohoku Metal Corporation successfully developed tape drives and plastic tape-based tapes in 1950 and 1952, respectively. In 1953, Reeves Brothers in the United States successfully developed a polyester tape-based tape, which is still in large-scale use. In 1963, the cassette tape of the Dutch Philips company was born at the same time, which caused a fundamental change in technology and developed to video recording. In 1960, Shunichi Iwato of Japan invented metal magnetic powder. In 1966, the United States DuPont company developed CrO2 magnetic powder. In 1970, Minnesota Mining and Manufacturing Company (3M) launched Co-γ-Fe2O3 magnetic powder. In the same year, the 1.9cm (0.75in) video tape used in the U-matic video recorder jointly made by Japan’s Sony, Matsushita Electric Works and Shengli Company was adopted. Made of this kind of magnetic powder. In 1973 and 1974, Japan produced new cobalt-coated magnetic powders under the trade names Avilyn and Beridox. At the same time, digital recording materials continue to emerge. In 1956 and 1972, the International Business Machines Corporation (IBM) used hard disks and floppy disks as external storage materials into computers and microcomputers respectively. The appearance of magneto-optical discs in the early 1970s and the video cassette recorders and video cassettes made by Sony and Shengli Company of Japan in 1975 and 1976 brought new developments in magnetic recording technology. Since the 1980s, the emergence of new materials such as vapor-deposited film tapes and metal tapes for pulse code modulation (PCM), perpendicular recording and other new technologies has brought the application of magnetic recording materials into a new stage.

①The magnetic paste (the main components are magnetic powder, adhesive, various additives and organic solvents, etc.) is uniformly coated on the polyester or metal support, It is made into a discontinuous coating material, also known as a coating film material. This is a type of magnetic recording material with the largest output, the most versatile and the most mature technology, such as video tapes. ②The thin film continuous material made by direct evaporation of the magnetic material on the support by the vacuum coating technology, also known as the continuous thin film material, such as the micro-coated tape that appeared in the early 1980s.

The development of magnetic recording materials to the present, the recording wavelength has been shortened from the original 1000μm to less than 1μm, and the Hc has been increased from 102Oe to more than 103Oe. The most widely used materials are oxide magnetic powder (mainly γ-Fe2O3, CrO2 and cobalt-coated magnetic powder) and alloy magnetic powder. In the past 20 years, the following three approaches have been used to improve material properties to meet the requirements of high-density recording: ①Seek to improve magnetic anisotropy, such as the use of ultrafine particles, high-axis ratio needle-shaped magnetic powder, CrO2 and cobalt-coated magnetic powder, and Hc>1000Oe Alloy magnetic powder and other new materials. ②Thinning the magnetic layer and improving the coating technology to increase Hc to achieve high-density recording. Two methods are often used to remove oxygen and omit the adhesive. The former uses metal powder to replace oxides, while the latter is made into thin films. The alloy film is the result of the combined use of these two methods. ③ Make a fundamental improvement from the recording principle and recording mode. At present, when the density is increased in general longitudinal recording, the generated demagnetizing field can reduce the signal and generate the vertical component. Although this shortcoming can be overcome by increasing Hc and thinning the magnetic layer, there are certain limits. Therefore, the perpendicular recording material appeared, and the demagnetizing field generated by it tends to zero as the density increases. And perpendicular recording does not require very high Hc and very thin materials. Effectively overcome the Achilles heel of vertical recording in high-density recording. Perpendicular recording requires the material to have uniaxial anisotropy perpendicular to the surface of the magnetic layer. Since 1975, the Co-Cr vertical film and later Co-Cr and Ni-Fe double-layer films successfully developed by Shunichi Iwasaki of Japan are new materials that can adapt to vertical recording. In 1977, Shunichi Iwato announced the achievement of a linear density of 7.9 kilobits per centimeter (20 kilobits per inch), while the linear density of hard disks is only 5.9 kilobits per centimeter (15 kilobits per inch). Japan’s Toshiba Corporation has produced 8.9cm (3.5in) vertical floppy disks, and recently developed barium ferrite vertical magnetized video tapes. The magnetic powder used is hexagonal tabular barium ferrite ultrafine particles, and the recording density is twice higher than that of ordinary video tapes. Especially in short-wavelength recording, its characteristics are better than metal tape. Perpendicular magnetic recording and new types of perpendicular magnetic recording materials will have broad development prospects in the future high-density recording.