engineering materials, some materials atom by covalent bonds, van der Waals bond binding, their atoms are arranged according to certain rules in the molecular range, but molecules with molecular then randomly coupled together between irregular. E.g. SiO 2 , is a covalent bond to four oxygen atoms bound to a silicon atom, silicon and oxygen tetrahedral structure. However, SiO 2 tetrahedral units may be randomly irregular together, i.e., an amorphous glass body. Usually the molecular range law called short range ordered arrangement, since the regularity of the arrangement relates to only atoms adjacent areas. Most polymers having short-range ordered arrangement of atoms.

engineering materials, some materials as metal bonds, ionic bonds binding, their atoms are arranged according to certain rules, but the regularity of atomic arrangement, not only in the vicinity of the atomic range, but throughout internal material. The entire interior material generally has a regular arrangement of atoms, referred to as long-range order. Atomic long-range order, i.e. constituted crystals. Such as metals, ceramics, and some of many polymer materials, which are expressed as atomic arrangement long range order, i.e., the atoms constituting crystals of these materials.

in. If the sequence element is formed a solid solution, the lattice points in the lattice may be arbitrarily occupied by A or B atoms; if an ordered solid solution, α-point bursts point should occupy the position of atoms A, B beta] position should occupy as atoms, that is, each in their own certain atoms occupy the correct position. Atomic percent now provided A component for C A , atomic percent B component of C B ; occupied α position A atom probability, probability β position is occupied by B atoms; p is the probability of a, the group B element in one of the group element atoms (i.e., a or B) in the correct position, C x for the respective atomic percent of component, the long-range order of the [omega], is defined as: visible, when p = C X when, ω = 0, was completely disordered solid solution; when p = 1, ω = 1, was fully ordered solid solution. Thus, in the AB type alloys, , the ; of AB 3 type alloys, when starting from the A component, which , the ; 3B type alloy, still starting of A from the A component, which , the . 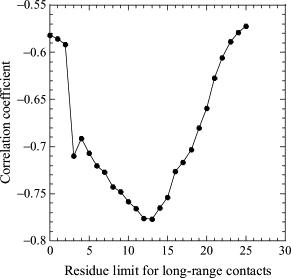 Further, AB type alloys, [omega] may be represented by the following formula expressed:

long-range order due to

in the left as shown in Figure 1, when the solute atoms elongated distribution range order, may be formed between the sliding surfaces on both sides atoms AB type matching relationship atoms. When there is movement of dislocations in the slip plane, we will continue to disrupt this orderly relationship to form APB. Therefore, only a single dislocation motion in the additional external force to compensate for the energy required in the antiphase boundary. When assuming that the antiphase boundary is γ, so that shear stress is applied to a single dislocation motion is required:

of formula, b is the Burgers vector dislocations. In high antiphase boundary alloys, possible to achieve the conditions given in Formula only stress concentration exists.