Traffic channel (TCH) transmits encoded and encrypted voice or data, and control channel (CCH) is used to transmit signaling or synchronization data. The frequency correction channel (FCCH) transmits information to the user to correct the frequency of the mobile station (MS). The synchronization channel (SCH) transmits the MS frame synchronization (TDMA frame number) and the BTS identification code (BSIC) information. The broadcast control channel (BCCH) includes paging mobile station grouping, paging information multi-frame number and CCCH slot number, etc. The Paging Channel (PCH) is used to page (search) the MS. The MS applies for the allocation of an independent dedicated control channel (SDCCH) through the random access channel (RACH), which can be used as a response to paging or as an access during the MS caller registration. The Allowed Access Channel (AGCH) is used to allocate an SDCCH for the MS. In the downlink, the cell broadcast control channel (CBCH) is used to borrow time slots from the SDCCH to transmit short messages and broadcast information. Before the TCH is allocated, the SDCCH is used to transmit system information during the call establishment process, for example, registration and authentication are performed on this channel. The Slow Associated Control Channel (SACCH) is related to a traffic channel TCH or an independent dedicated control channel SDCCH. It is a continuous data channel that transmits connection information, such as the signal strength of the service and neighboring cells received by the mobile station. The test report is necessary to realize the handover function that the mobile station participates in. It is also used for power management and time adjustment of the MS. The Fast Associated Control Channel (FACCH) is related to a traffic channel TCH. During the voice transmission process, if the FACCH suddenly needs to transmit signaling information at a much higher speed than the slow Associated Control Channel (SACCH) can handle, Borrowing voice, just because the interruption is not noticed by the user.

The logical channels of the GSM system are divided into two categories: common channels and dedicated channels.

Dedicated channels mainly refer to business channels used to transmit user voice or data, and also include some dedicated control channels for control. 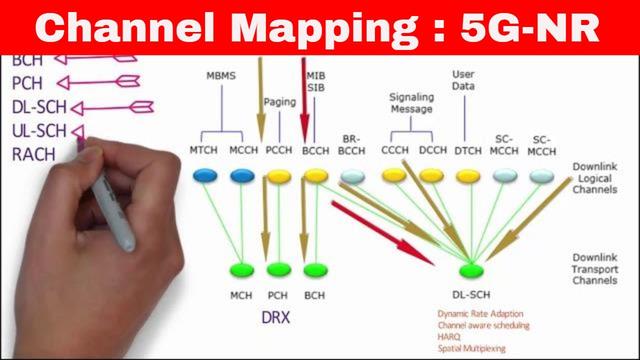 1) The Broadcast Channel (BCH) is a one-way channel from the base station to the mobile station. It includes:

2) The Common Control Channel (CCCH) is a point-to-multipoint two-way channel between the base station and the mobile station. It includes:

a. Paging Channel (PCH) This channel is used to broadcast the paging message of the base station paging the mobile station. It is a downlink channel.

1) Dedicated Control Channel (DCCH) is a point-to-point two-way channel between base station and mobile station. Including:

b. Associated Channel (ACCH) This channel can be shared with an independent dedicated control channel (SDCCH) or a traffic channel to transmit signaling messages on a physical channel. ACCH is divided into two types of channels:

b) Fast Associated Channel (FACCH) This channel is mainly used to transmit the signaling message of the handover between the base station and the mobile station.