1, ICT has a wide range of applications, high measurement accuracy, and clear instructions for detected problems. It is a standard testing method, even if workers with average electronic skills can handle Problematic PCBA is also very easy. The use of ICT can greatly improve production efficiency and reduce production costs.

2. ICTTest mainly detects the open circuit, short circuit, and welding of all parts of the PCBA through the test probe contacting the test point of the PCBlayout. It can be divided into open circuit test, short circuit test, resistance test, capacitance test, diode test, triode test, field Effect tube test, IC pin test (testjet`connectcheckBasicScanBist) and other general and special components such as missing installation, wrong installation, parameter value deviation, solder joint welding, circuit board open and short circuit and other faults, and which component or The printer or screen display tells the user exactly where the open and short circuit is located. 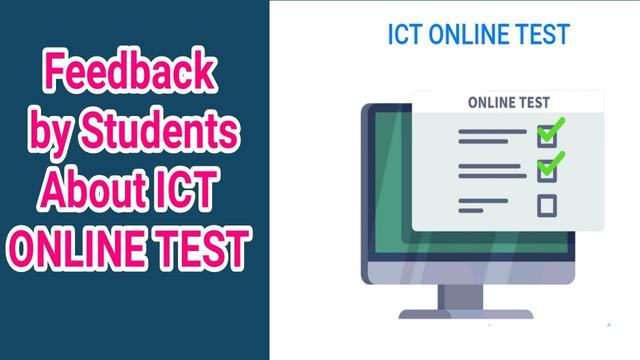 An automatic test system for assembled circuit boards, which is also an online static circuit board test equipment, also known as ICT/ATE/ATS/MDA testing in the industry!

The main global ICT automatic test equipment manufacturers are Agilent Technologies (USA), Teradyne (USA), CheckSum (USA), AEROFLEX (USA), Winchy Yingqi, Hioki (Japan), IFR (AEROFLEX M&A), Takaya (Japan), Tescon (Japan), Okano (Japan), Isshin (Taiwan), JET (Jiezhi), Tr (Detai), SRC Galaxy, Concord, Rohde&Schwarz, Scorpion, Brands such as Shindenski, SPEA, Tecnost-MTI, Testronics, WKTest, Schuhll, Viper, TTI, etc. Different brands of ICT have the same or similar testing principles. Around the 1980s, Japan simplified and miniaturized similar products in the United States, and changed it to use a pneumatic press type, represented by Japan’s TESCON and OKANO, which made ICT simple and easy to use and low-cost, making it indispensable for electronics factories. The necessary testing equipment is lacking, and quickly popularized. In the 1980s, Taiwan gradually became an important base for electronic OEM manufacturing from the source of fake electronic computers, which was a global headache for the West. In the late 1980s and early 1990s, Taiwan began to completely imitate TESCON testers and launched presses of many brands. The lower prices of ICTs have forced Japan’s TESCON, which had the world’s largest market share, to fade out of the market and greatly increased its market share due to the development of Taiwan’s electronics foundry industry. Since the 1970s, similar static testers have been developed in China. In 1993, local Chinese brands led Japan, South Korea, Taiwan and Hong Kong to develop the first windows version of ICT in Asia. Today, American Teradyne and Agilent are still leading brands and have become the de facto standards for such technologies!

It is worth mentioning that in the past ten years, foreign businessmen, especially Taiwan businessmen, have The most critical and most expensive test host (ranging from tens of thousands to hundreds of thousands of yuan) was smuggled into mainland China through an ultra-low price (thousands of yuan) declaration, and then a large mechanical casing was added in the country, which was doubled to Dozens of times the price is sold on the market, this practice has evaded hundreds of millions of tariffs. The cost of equipment produced by domestic equipment manufacturers through normal customs declaration and imported parts and accessories will even be much higher than that of foreign-funded factories. Therefore, the illegal smuggling of foreign brands makes its test equipment not at a disadvantage in terms of cost, and sometimes even at an advantage. This is undoubtedly extremely unfair to honest domestic test equipment manufacturers. What is gratifying is that today, the Chinese people's attitude of advocating foreign products and discriminating against domestic products is being reversed. Foreign-funded enterprises have also changed their practice of purchasing only foreign equipment and are willing to buy more domestic equipment with higher cost performance. The equipment manufacturing industry is a basic industry that provides technical equipment. It involves the core competitiveness of a country and a region, and it is a source of enhancing national self-confidence. With the continuous enhancement of China's soft power, it is believed that China's local automatic test equipment brands will usher in greater development through transformation, upgrading and continuous innovation.

Q: What is ICT? A: ICT (In-CircuitTestSystem), commonly used in Chinese as an online tester, is mainly used for PCBA testing. "Online" here is a literal translation of "In-Circuit", which mainly refers to components on the line. Online testing is a testing technology that does not disconnect the circuit and does not remove the component pins. "Online" reflects that ICT focuses on detecting circuit board assembly problems by testing the components on the circuit or the open and short circuit status. Q: What components can be measured with the basic functions of ICT? A: Open, short circuit, resistance, capacitance, inductance, diode, IC protection diode test, etc. Q: Why use ICT? A: According to the statistical data of the circuit board assembly industry, assembly defects are mainly reflected in welding open circuit, short circuit, offset, missing parts, etc., accounting for more than 90%, so the principle of online testing technology application is to be able to quickly detect faulty components Or assembly defects, and can accurately locate defects and defect classification. Q: Can ICT be regarded as a multimeter? A: ICT can be regarded as an automated advanced multimeter, and because it has the function of circuit isolation (Guarding), it can accurately measure the actual value of each component in the circuit. Q: What are the functional differences between ICT and general electricity meters? A: The electric meter is used to measure a single part. In addition to measuring a single part, ICT can also measure parts on a real board through a needle bed. It's just that there are many loops on the real board, it is easy to split the signal source and divide the voltage, so it is often necessary to add the "Guarding" function to make the measurement accurate. Q: What is the relationship between ICT and AOI? A: ICT is mainly carried out through electrical measurement methods, while AOI is carried out through optical image processing technology. Both have their own strengths and complement each other. In terms of process arrangement, AOI first, then ICT.