hemodynamics and general hydrodynamic as the basic object of study the relationship between the flow resistance, and pressure. Because blood vessels are elastic and expandable pipe systems, the blood is a liquid instead of the liquid over the various components of blood cells and the like containing colloidal substances, and therefore, in addition to a common hemodynamics and general hydrodynamic addition, there its own characteristics.

hemodynamics (hemodynamics) refers to the blood flow mechanics in the cardiovascular system, the main blood flow, blood flow resistance, blood pressure, and the relationship between them . Blood is a fluid, so the same basic principles and the principles of the general hemodynamic hydrodynamics. However, since the vascular system is relatively complex elastic piping system, blood is a liquid instead of the liquid over the various components of blood cells and the like containing colloidal substances, and therefore has both common hemodynamic general fluid mechanics, has its own characteristics.

Poiseuille law studied the liquid flowing in the pipe system. The flow rate can be calculated by Poiseuille Law (Poiseuille's law). The Law is expressed as:

may be expressed as:

wherein, Q is the liquid flow rate, ΔP is the pressure across the duct difference, r is the radius of the channel, L is the pipe length, η It is the viscosity of the liquid. K is a constant, and a liquid viscosity η relevant. From this pressure vessel the blood flow to both ends of the unit time difference (P1-P2) and is proportional to the fourth power of the vessel radius, and is inversely proportional to the length of the blood vessel. Under all other factors being the same, if the radius of the blood vessel A vessel acetate twice, then the blood flow of the former is 16 times the latter. So vessel diameter is an important factor in determining how much blood flow.

blood flow pattern within the vessel can be divided into laminar flow (laminar flow) and turbulence (turbulence). Laminar flow motion is a rule, in the case of laminar flow, the liquid flow in each same particle direction, parallel to the long axis of the pipe, but different flow rates of each particle, the axis of the duct at the fastest flow velocity, the nearer wall the layer of the slower flow rate axis, each axis of a parabolic velocity vector (Figure 4-16). 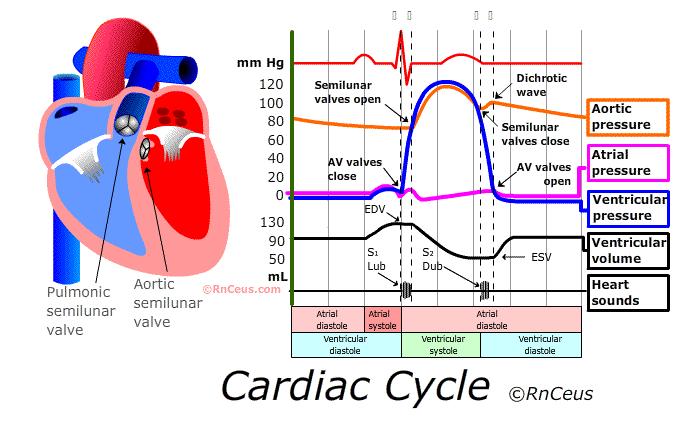 Poiseuille Law applicable to laminar flow state. Laminar flow belonging to the body's blood circulation under normal circumstances. However, when the flow velocity is accelerated to a certain extent, laminar flow is destroyed, then the flow direction of each particle in the blood no longer match, swirl, turbulence is called. In turbulent circumstances, Poiseuille's law is no longer applicable. Forming conditions Reynolds number turbulence (Reynolds number, abbreviated as Re) is determined. This parameter is defined as:

wherein Re number without units. V is the average flow rate of blood (in cm / s), D representative of luminal diameter (in cm), ρ is the density of blood (in g / cm3), η representative of blood viscosity (in poise). Usually when Re exceeds 2000, the turbulence can occur. From the above equation, at a blood flow velocity fast, large-diameter vessels, the blood viscosity is low, the turbulence easily occurs. Under normal circumstances, intraventricular there is turbulence, it is generally believed that this is conducive to thorough mixing of blood. Pathological conditions, such as atrioventricular valve stenosis, aortic stenosis, and patent ductus arteriosus, etc., can be formed due to the turbulence generated noise.

2. Removal rate of blood flow blood removal rate (shear rate) refers to the ratio in the case of two adjacent layers of the laminar flow of the blood flow rate and the difference between the thickness of the liquid layer. Shear rate is the slope of the parabola of FIG. Homogeneous liquid viscosity does not change with shear rate is changed, the liquid is called Newtonian. Instead, the whole blood is non-homogeneous liquids, the viscosity which decreases as shear rate increases, known as non-Newtonian fluid. At higher shear rates, the laminar flow phenomenon is more evident, i.e., red blood cell concentration in the central axis, with its long axis parallel to the longitudinal axis of the vessel, and striking mutual rotation occurs when red blood erythrocytes are rarely moves, so that blood viscosity low. Conversely, when the cut rate is low, red blood cell aggregation, blood viscosity.

3. Large diameter vascular caliber vessels does not affect blood viscosity, but less than the diameter of the blood in the arteriole flow 0.2 ~ 0.3mm, as long as a sufficiently high shear rate, the viscosity of the blood vessel becomes smaller as the diameter decreases . The reason is not clear, but the body has obvious benefits. Otherwise, when the blood flow in small vessels of resistance will be greatly increased.

means that blood flow through the blood vessels of a flow cross-section per unit time, but also into the volume velocity. Typically mL / min or L / min units. Blood flow size depends primarily on two factors, i.e. the pressure difference across the blood vessel to blood flow and vascular resistance. Recycling system, the following relationship between the blood flow, blood pressure and blood flow resistance three:

blood is a fluid having a relatively viscous. under normal circumstances, the coefficient of viscosity of the blood is 3-4 times of water. Since blood is a complex fluids, both liquid (plasma) have a solid phase (blood cells, etc.), factors that affect blood viscosity more.

normal circumstances, in addition to the vicinity of the heart valve, the circulatory system other sites will not be turbulent laminar flow is calm, there is no sound. there vortex turbulence and vibration, noise occurs. Therefore, heard an unusual noise in the loop should pay attention to is what causes.

in short, the human hemodynamic changes, the internal body due to the emergence and existence of the disease, and therefore there is a problem.