illustrates the concept of fill factor 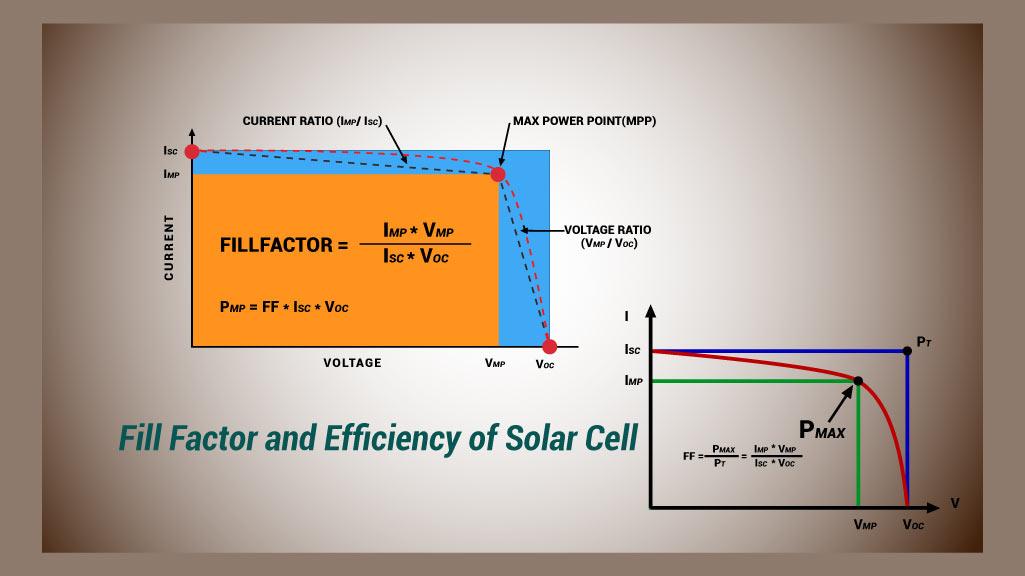 fill factor (FF) is the corresponding rectangular area (ideal shape) comparing a measure of the maximum power of the area of ​​the open short circuit the solar cell I-V characteristic curves contained. Clearly, the FF should be close to 1 (i.e. 100%) as much as possible, but the p-n junction characteristics of an exponential function of 1 will prevent it. The larger the fill factor, the higher the quality of the solar cell. Typical values ​​of the FF is generally 60 to 85%, determined by the device structure and materials of the solar cell.

fill factor mainly depends on the material properties of the solar cell itself, dependent on the light source employed is not strong.

Irradiance influence on the fill factor

on the whole, with the wavelength of incident light increases, a gradual increase in the photon energy efficiency, fill factor also increases.