The first two Fi-282s shipped out of the factory used a fully enclosed cockpit, which was later numbered Fi-282A1; the next production model used a semi-enclosed cockpit; later it was given the number Fi-282B1.

By the summer of 1943, about 20 Fi-282s were off the assembly line. After being delivered to the Navy, these aircraft followed the fleet to fight over the Mediterranean, Aegean, and Baltic Seas. They were not only used as anti-submarine aircraft to observe Allied submarines around the fleet, but also as transport helicopters to provide vertical supplies for the ships. Fleet also plans to develop a Fi-339 with better performance and greater take-off weight for the German Army on this basis, but at the end of World War II, the German Army did not have much interest in it, so there was no follow-up development. Since Fi-282 can only carry one driver, it cannot meet the needs of artillery observation and other tasks. Later, Flett temporarily installed a chair behind the engine compartment for Fi-282B2 to allow it to accommodate an observer. It will be able to complete the artillery firing mission very well. 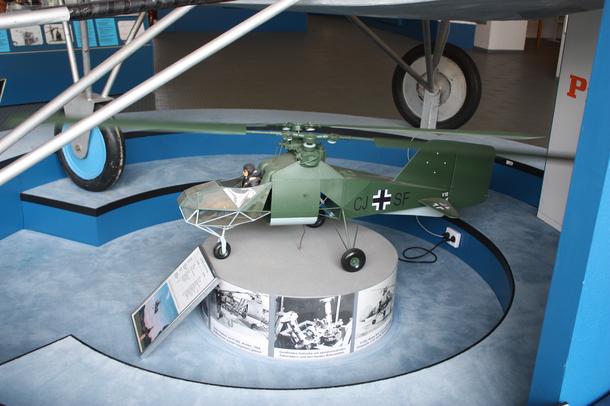 In 1944, the German Army formed an artillery school shooting team, equipped with 3 Fi-282 and 3 Fi-223. In February 1945, several Fi-282 participated in Pomeranian The Battle of Nia, but at this time, the Nazi army was the opponent of the Soviet Red Army. Fi-282's participation in the war did not have much effect. The remaining Fi-282s played a role in the defense of Berlin, but in the end they were all sacrificed under the anti-aircraft artillery of the Soviet Red Army.

Before the end of World War II, the Germans destroyed most of the FL282, and only 3 prototypes were captured by the United States and the Soviet Union.