The ethics economy is the theoretical synthesis of ethics and economics. 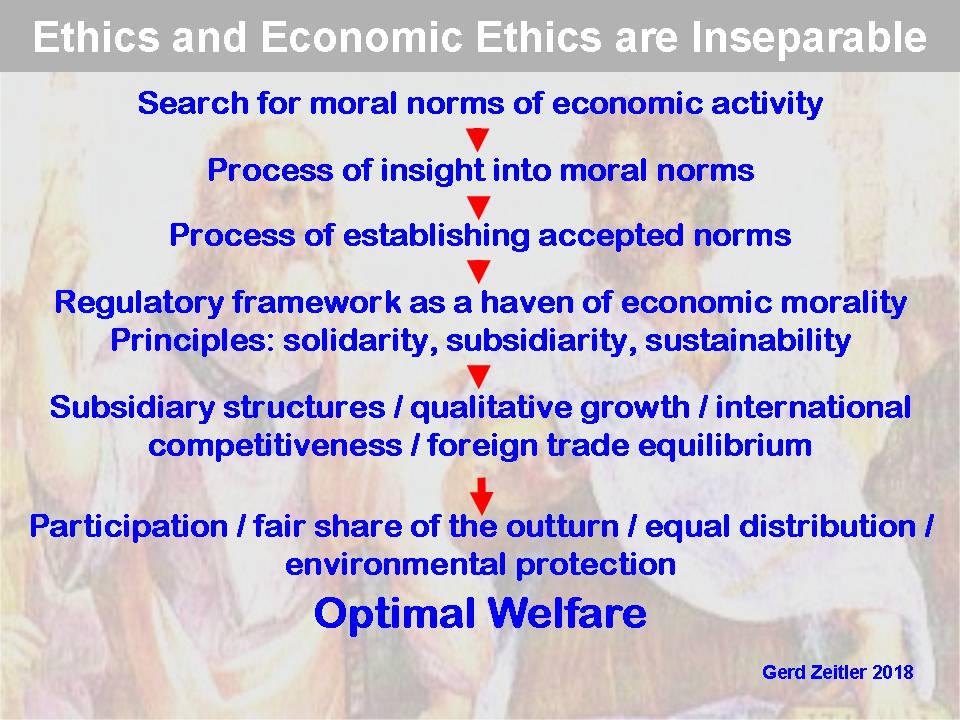 Talk about economic ethics is undoubtedly a demanding for entrepreneurs.

However, with the maturity and development of the market economy itself, with the gradual deepening of the understanding of the market economy, most people have already felt that entrepreneurs cannot meet the economic animals who act as only to make money. As a person, he should have a yearning for the moral realm; referring to a step, a good moral image is actually a valuable strategic investment in the long run.

Since essentially, the profit desire and moral requirements are harmonious.

However, the market economy is a highly competitive economy. Under this prerequisite, it is far less than enough to expect the self-moral constraints of the economic entity. At an entrepreneur encountered an ethical conflict caused by the defects of the macro system, the important paradox is not that the entrepreneurial individual choices, but it is to establish a game rule that meets ethical requirements. The game rules refer to the periphery of the economic subject activity, which provides behavioral ways for economic subjects, guiding what he can do, nothing; it stipulates the race line of competitors. Moral requirements are reflected here. In the structure of the market economy, individual behavior can't be said to be good or evil, but can only be said to be adapted or not suitable for market. If a certain economic behavior is proven to be unethical, because the market is forced to do this, it is not an entrepreneurial problem, but the problem of the rules of the game. Therefore, in economic activities, you cannot only emphasize the legitimate behavior of individuals, but it should also emphasize the proper structure.

Ethical ethics of each economic entity is to actively participate in the reform of economic systems and rules.

This is the so-called structural ethical or institutional ethics that is often discussed in the 21st century ethics community.