DNS is an Internet and TCP / IP services for mapping the network address number. For example, 191.31.140.115 mapped to friendly name, such as tbones. acme. com. Internet. TCP / IP utilities such as telnet file transfer protocol (FTP) and Simple Mail Transfer Protocol (SMTP) is also determined by the name you specify access DNS, and decompose them into a network address. When you are selecting a name, the DNS name of the translated address as a number, and inserts it into the information transmission. An important feature of DNS is, the address information is a hierarchy there is more than one place, rather than at a central site. Each site has a domain name server to maintain information about the local node.

and DNS domain As the Internet is introduced therein. The structure is a tree with many branches sub hierarchical tree is part of the Internet. In the hierarchical file system, a directory with many subdirectories, in the same way, you can imagine the tree of DNS. From the top of the tree, sometimes called the root layer is branched into several main branches, called the domain, the following are some of the top-level Internet domain:

there are country domains, such as CA (Canada), UK (United Kingdom), JP (Japan), DE (Germany), AU (Australia), the US (United states) field, the code name for the 50 states each have a two letters. These fields are limited to those named by a national company or organization with. And international companies use COM domain.

To join a domain, you must first contact the organization and management of the domain. Each site must provide a name server, DNS information there can be other computers online queries. You can also get the name of a server running your business from a number of Internet service providers in. So you have to do is provide a connection to the service provider for users of your domain. 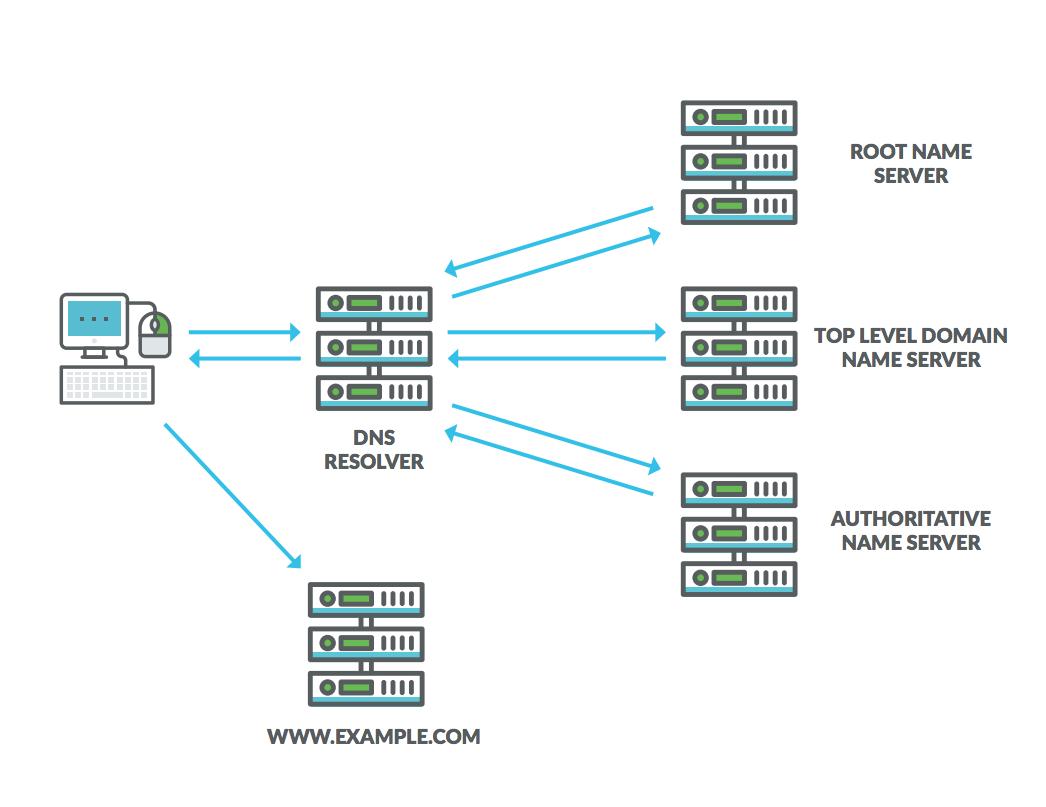 When you write a DNS name, host name should be written on the left, then write the layers domain name, all the way to the root. For example, in addressing the National Science Foundation (NSF) in science and information technology systems (STIS), you should use the following address:

As an example, suppose you are a large multinational company called XYZ, and you want to connect to the Internet. Your first contact with the com domain, requires a place to register. You have to build a computer to handle the naming service for the users of your company domain. This system get in touch with the nearest Internet access to the domain. If you are a small company, we can only establish a link to the service provider, as part of the provider domain. Either way, as long as the address is correct, e-mail and other information transfer path to the final destination can be found through the network.

or more DNS Much of the talk about the life and character as a domain global Internet network. The internal structure of an organization named may also refer to the same pattern, but including departments or divisions domain. Shall establish one or more computers to manage the DNS naming. The DNS is a distributed database that reside on several different servers, to prevent system crashes. The discussion of the primary and secondary DNS server of the DNS server the following:

This is the primary DNS server is the main server, in which the memory and the disk is held in both copies of the entire database. If the system crashes, the database can reload into memory.

in this manner distributed database has several advantages. First, if the network across the city, country and need wide area telecommunications link, put you through a backup copy of the database in each place, the traffic on those expensive WAN link is reduced. Resource users and other users to search by querying the local database backup. Second, the distribution of the database also provides fault tolerance. But each data server must have its own power supply, and is located not affected by fire, flood, earthquake like disasters threatening the ideal area.

Internet organizations are committed to using X.500 directory services standard, because it has features not found in DNS. For example, X.500 provides the name queries can return information about users and resources, such as physical address, telephone number and so on.

According to foreign media reports, the Internet Corporation for Assigned Names and Numbers (ICANN) said the decision to develop a new Internet domain name system of the Internet will drive more prosperous.

ICANN has approved a measure in the abolition of restrictions on the domain name suffix, allowing more companies to register any URL suffix word, compared to previously registered users only suffix 21 kinds, such as .com and .net, after the abolition of restrictions can even use the site such as .news or .bank suffix. ICANN is expected under the new rules will take effect.

ICANN Dr. Paul Twomey, President and CEO, is a huge potential of the new rules, which people express themselves in an entirely new way on the web. Internet domain name "the real state of" large-scale growth.

ICANN also plans to allow non-Latin-character suffix that the decision for the first time the Chinese characters and Arabic Internet domain name suffix possibility of becoming. In the distribution and management of the new domain name, ICANN will provide further instructions. ICANN plans to start the second quarter of next year to accept the application of new domain names. In the event of a network or a registered trademark dispute case, ICANN plans to allow trademark owners to request, ICANN will evaluate the request and make a decision.

appeared on the Internet in 1993, the beginning of popular domain names.

In 1993 Network Solutions (NSI) company and the US government signed a five-year contract, the exclusive agent .COM, ORG, NET three top international domain name registration authority. The domain name was a total of only about 7,000.

In early 1998, NSI has more than 1.2 million domain names registered, of which 90% use the "COM" suffix, revenue of $ 60 million. It was estimated that by mid-1999, the company is only one domain name registration fee will be $ 200 million in annual revenue.

July 1, 1997, as part of the US government policy of "global e-commerce system," President Clinton commissioned by the US Department of Commerce on the implementation of the Domain Name System folk and the introduction of competition and to promote international participation . July 2, the US Department of Commerce announced the invitation for the public to suggest solutions and evaluation of the role of the US government in the domain name management, the overall structure of the domain name system, adding new top-level domain, for registry policies and trademark matters problem collecting opinions from all sides.

In June 1998 the Clinton administration issued a white paper, it is recommended to take over the domain management functions of government by non-profit organizations. The report did not specify the source of funding of the institution, but provides some guidelines and suggested the formation of a nonprofit group organization.

September 30, 1998 the US government terminated the contract between it and the current domain name provider NSI. An existing agreement between the two sides will be postponed for two years to September 30, 2000. Under the agreement, NSI will undertake a top-level Internet domain name registration and other companies. NSI and the US Department of Commerce National Telecommunications and Information Administration (NTIA) will be held March 31, 1999 began a phased start sharing registration system, to June 1, 1999 fully implemented.

In October 1998 the formation of ICANN, Internet a non-profit organization management. It signed the agreement with the US government to take over the responsibilities formerly IANA is responsible for monitoring the policies and agreements relating to Internet domain names and addresses, and the government policy not to interfere.