DMS-59 is a 59-pin display interface. It can provide two DVI-I channel outputs within the size of an interface. This high-density feature makes it often appear on some low-profile graphics cards. You can connect two DVI ports from DMS-59 or use a special cable to convert to analog VGA ports. The interface is 4 pins high and 15 pins wide. There is a missing pin on the upper left side, totaling 59 pins. The periphery is trapezoidal, with thumbscrews on both sides. 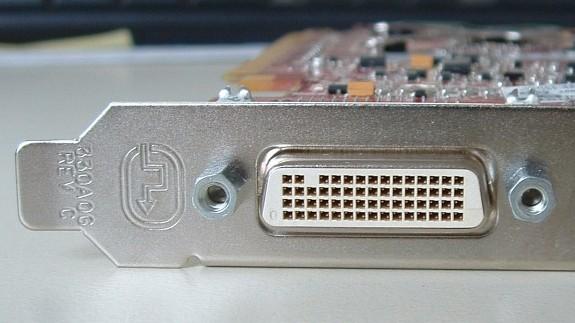