In the network, latency (latency), synonymous with delay, is the time it takes to get a packet from a specific point. In some cases, the delay time is the delay time, which is the time between sending a packet and returning to the sender for one cycle. The reasons for network transmission delay time include: transmission, the time it takes for a packet to travel at the speed of light between two places. Transmission: The medium itself (whether it is fiberoptic, wireless or other medium) causes some delay. The delay caused by large packets is often longer than the time caused by small packets. Routers and other processing, each gateway, node (node) spend time to detect may change the header of the packet (for example, change the hop count in the time-to-live domain). Other computers and storage delays. At each end of the network transmission, small packets may be stored and the hard disk needs to be accessed. The delay occurs in intermediate devices such as switches and bridges.

For users, the delay time, also known as network delay, refers to the period of time from when the user sends a request to when the remote system responds to the request and sends it back to the user. For the Internet based on the TCP/IP protocol, each request must be processed as follows: routing processing, ADU (User Data Unit) transmission on the network, and the server processing the request, these processes will cause delay.

The user data unit (ADU) located in the application layer forms a protocol data unit (PDU) after the application layer protocol calls the service provided by the lower layer protocol, and the PDU is used as independent data The unit is transmitted on the network. The transmission delay of PDU on the network consists of the following parts: packing delay, transmission delay, propagation delay, queuing delay and processing delay. Packing delay is a delay unique to real-time streaming applications. Real-time streaming applications refer to applications that transmit time-based information (such as video, audio, and animation, etc.) in real time. Real-time information flow is time-sensitive, and is generated regularly in chronological order. It is necessary to wait for the information flow to reach a certain amount to satisfy the protocol data unit (PDU) payload before it is packed into PDU. This waiting time is called packing delay. Packing delay Sp/K, where Sp is the length of the PDU payload, and K is the coding speed of the application. Therefore, for low-speed encoders, the delay is relatively large. Transmission delay refers to the time delay for all PDU data to be transmitted on the line, or the time interval from when the first bit of the PDU is transmitted from the endpoint to the line until the last bit leaves the endpoint. The transmission delay is related to the PDU size and the transmission rate on the local line. For low-speed links, the transmission delay is considerable.

Propagation delay is the time it takes for the PDU to propagate in the medium and depends on the speed at which the signal passes through the medium. In other words, this delay is determined by the physical characteristics of the link and has nothing to do with the traffic volume of the link. The propagation delay increases linearly with the distance. The propagation delay in LAN and MAN is only 50-200 us, which is not an important delay component. And the propagation delay in WAN becomes more important, because the long-distance transmission makes the propagation delay can reach tens of milliseconds. Queuing delay is the main delay in the packet switching network. It refers to the set of buffer delays caused by each exchange of PDUs on the transmission path. If the packet switching is temporarily overloaded, there may be many packets queued on the destination output port of each PDU. Each packet in the queue before the PDU will have an additional delay equal to the transmission delay. In the exchange of the first-in-first-out (FIFO) queue mechanism, the queuing delay of newly arrived packets is equal to the sum of the transmission delays of all packets that have been queued on the output port. So the queuing delay is not only related to the number of packets in front of the queue, but also related to the transmission speed of the output port. The queuing delay, which is the main delay, is affected by the current network load, and it is also the main factor in the delay variation in the packet switching network. Because each router on the Internet backbone network has a large number of data packets queuing, the queuing delay has also become the main delay on the Internet. If passing through 10 routers, each router has an average of 10 IP data packets queuing, and the queuing delay on this path can reach hundreds of milliseconds. Processing delay is the sum of the time spent on each exchange on the path and the processing of data packets by the source and destination. It does not include queuing delay. In the process of packet switching, the processing delay is negligible compared with the queuing delay, but it is still considerable at the end point, especially for applications such as video decompression. 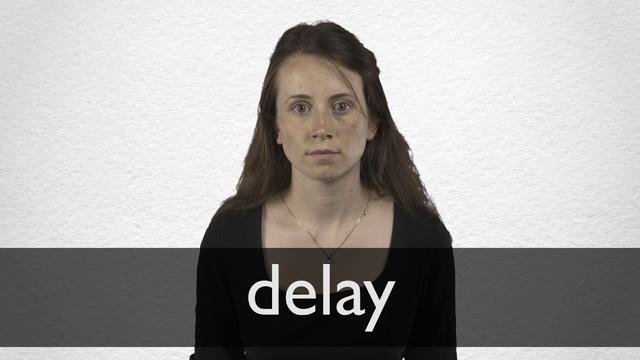 (2) At the source end, determine the IP address of the destination end, and fill in the test packet according to the structure of the selected measurement protocol. The vacant part should be filled with random bits to avoid that the measured delay is lower than the delay after compression technology is used in the path. Set the time stamp in the test packet, and then send the filled-in test packet to the destination host.

The preparation work is the same as the one-way delay measurement method. The measurement is carried out according to the following steps:

(1) At the source end, the IP address of the destination end is determined, and the test packet is filled according to the structure of the selected measurement protocol. In order to prevent the measured delay from being lower than the expected result due to the compression technology on the path, the vacant part should be filled with random bits; and the ID number of the test packet must be set so that the source host can determine that the test is sent by itself after receiving the response packet The response of the package.