Each number of etch system is represented by 4-bit binary digital, each with a fixed weight. Therefore, it is called it as a weight code or weighted code. 8421 The weight of the code from the high to ten: 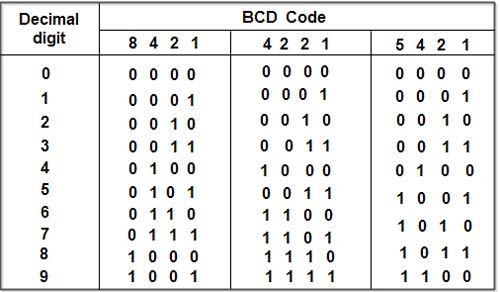 BCD code can intuitively express a decimal number, and it is easy to achieve mutual conversion with the ASCII code, which is easy to input, and output.