Daily Business Daily is Zhejiang Xinrui Media, which has a distinctive business, which has intensively issued in Hangzhou, and covers the main cities in the province, and the high-end people are widely read, reflect the essence of "business" as the core. The advertising cost is higher than 30% of the city's comprehensive capital, ensuring the effectiveness of marketing, and achieve the maximum effectiveness of advertising value spread.

Approval by the National Press and Publication Department Hangzhou Daily News Group (hereinafter referred to as Hangzhou Group) was officially listed on November 8, 2001. After years of hard work, it has developed into 10 kinds of newspapers, more than 10 websites, investment radio and television, development of mobile media, outdoor media, digital publishing, business printing, cultural conference industry, and formation, multi-media and related Large Modern Media Group in the Cultural Industry. In December 2005, the Hang Bao Group was registered, and 36 group wholly-owned or holding company were formed, and the group company was constructed as the core, a report, a company and the business department. The implementation of the group's strategic objectives, public opinion guides, group resources, cadres and personnel, value concepts, and management models of all subordinate units independently operate, self-development.

The strategic goal of proposing the transformation and upgrading of 2008 is: From the newspaper group to the Modern Media Group, becoming a strategic investor in cultural industries.

Hanging Group has the most advanced printing equipment and powerful distribution network in Zhejiang. The Group's printing base has a total printing capacity of 2.6 million to open, and the "China's large print enterprises have been" 100 consecutive years ", and it is currently ranking 46th, ranking first in Zhejiang. In addition to Hangzhou Base, 8 division points were established in Ningbo, Taizhou, Jinhua, Yueqing, Jiaxing, Yuyao, and 30 issued branches (station) in the group. The group is ensured in the province. Main urban synchronous printing, synchronous delivery.

▲ "Hangzhou Daily" is initialized on November 1, 1955. In 2009, the total operating total income was 2.2 billion, and the comprehensive strength of the national provincial capital city, the second provincial-level city party newspaper. 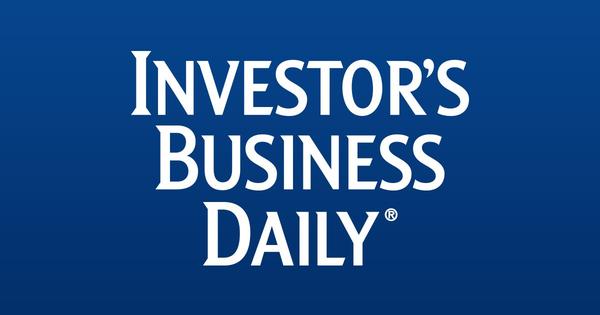 ▲ "Urban Express" was initialized on January 1, 1999. In 2009, the total income of operation broke through 700 million yuan, which is a newspaper with the largest income of Zhejiang Province. According to the 2010 World Payments Daily issued by the World Newspaper and Journalists, "Urban Express" is among the 47th of the World Daily, and the Zhejiang newspaper industry is ranked among the World Daily. First, the world daily issuance volume is 100 consecutive years.

The "Daily Business Daily" tourism leisure column is published in March 2010. The column is adhering to the "maintenance of tourist rights, molding paradise image", and it is always not going to work for the legitimate rights and interests of the majority of readers. In the past two years, a large number of exposed reports have been published, especially worth mentioning about the "low-cost Hong Kong and Macao". This set of continuous reports has also alarmed the National Tourism Administration. In the "2011 Top Tourism Pass" released by the National Tourism Administration on April 11, 2012, this case is included in the fourth.

Tourism and leisure column investigations have recent years, the profits of travel agencies are getting lower and lower, and the price war is getting worse. In order to attract tourists, some travel agencies even illegally operate the "zero group fee" and "negative group fees" tour group. Of course, "there will be no pies on the sky", the low price is just a "beautiful" bait, the purpose is to "fish" to a larger "fish"!

In 2011, readers reflected to the "Daily Business Daily" tourism leisure column, spending nearly a thousand yuan to participate in the travel agency group "Hong Kong and Macao Shuangfei 5 Day Tour", not only to increase shopping points, but also It is forced to lure and spend thousands of yuan to tens of thousands of yuan. If you have purchased the fake and shoddy goods, you will not pay. To this end, the column special reporter Zhan Jun ran into Hong Kong and Macao to go deeply in-depth visit. After the reporter's unannounced interview, travel agencies, tour guides and shopping stores collude with each other, and they will have problems such as unfair interests. On June 30th, the "Daily Business Daily" tourism leisure column was titled "Zhejiang International Cooperation Travel Agency" as a question, and Zu Wen also reported the personal experience of Hong Kong and Macao. After reporting the newspaper, hundreds of tourists who have passed the "slaughter" have called the column, telling the past, the past, the past, the past. In this regard, the column is very concerned, according to the clues provided by the reader, the interviews and continuous reports have been published, and "we will have a black pot for Zhejiang Guangda Liyang Travel Agency". The news reports such as "20 tourists to the Zhejiang Guangda Tricks" have caused strong repercussions in society.

This series of depth reports have been published in Hangzhou, especially for the travel agency industry "earthquake", some travel agencies have changed the marketing of the low-cost tourism group Mode.