Symptom: If on-board secondary cache (L2 Cache or External Cache) is allowed in COMS settings, run the software Sometimes it’s easy to crash, and disabling the secondary cache system can run normally, but the speed is much slower than that of computers of the same grade.

Analysis and solution: Because the switch of this option was turned on when others reminded to use the second-level cache, and then there were frequent crashes, so it was concluded that the second-level cache chip was unstable. I touched the radiator with my hand to let go of the static electricity on my hand, and then felt the L2 cache chip on the motherboard one by one with my hand. It was obvious that one chip was hotter than the others. After the replacement, the system was normal.

The secondary cache is corrupted

Symptom: The computer power-on self-check process is interrupted at the place where 512K Cache is displayed.

Analysis and solution: Since the system crashes in the display cache, there must be a problem with this part or the following part. Remember that after this item is displayed, it is the hard disk's turn to start the operating system. Therefore, it is sufficient to distinguish between cache and hard disk failure. Remove the hard disk and install it on another computer to verify that the hard disk is good. So focus on the cache. Enter CMOS settings, disable L2 Cache, and the computer can work normally. Let go of the static electricity on your hand, touch the cache chip on the motherboard, and find that two of them are not hot. It is estimated that there is a problem with these two films. But because these chips are soldered on the motherboard, and the pins are relatively thin, they cannot be soldered down, and they are rejected by the maintenance department, so the board has to be scrapped and upgraded to a PII computer in advance. Because I do 3DS animation and require high speed. And after banning the cache, I can't stand this "old bull cart".

Problem: The computer has 256k Cache, but it is obviously not as fast as other motherboards with 256K Cache. The L2 Cache in CMOS is followed by Enabled.

Analysis and solution: Use speed measurement software to compare the two states of allowing and prohibiting cache, and find that the computer speed has not changed. This shows that the cache of the motherboard is fake. Because I belong to the working class, using a computer just changed myself from a manual crawler to an efficient electronic crawler, so I didn't switch to a real cache.

Fault: CPU not supported on the board

No display after booting

Due to the motherboard, this type of failure is usually caused by the motherboard damage or the CIH virus destroying the BIOS. Generally, all data in the hard disk will be lost after the BIOS is damaged by a virus. Therefore, we can judge whether the BIOS is damaged by checking whether the hard disk data is intact. There are two reasons for this phenomenon: 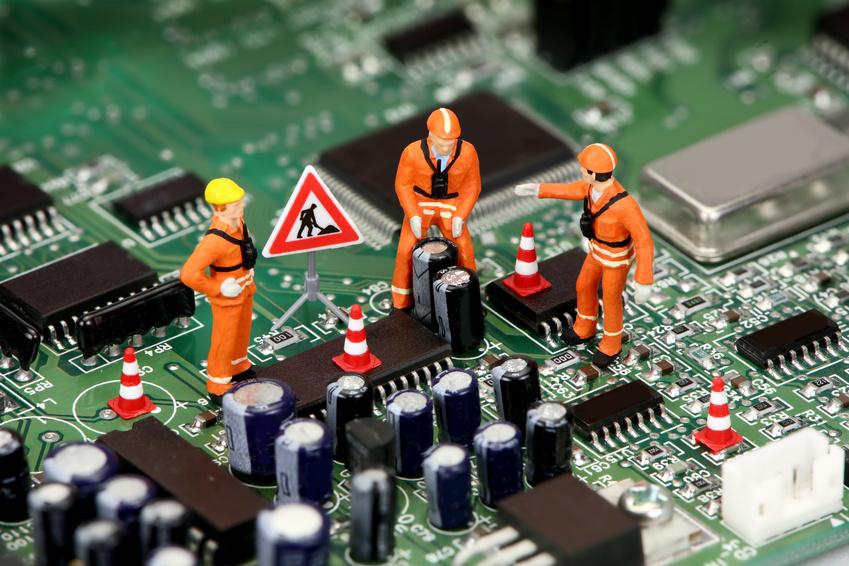 2. For jumper-free motherboards, if the CPU frequency is set incorrectly in CMOS, it may also cause a non-display failure. For this, you can solve it by clearing CMOS. The jumper for clearing CMOS is usually near the lithium battery of the motherboard. Its default position is generally short-circuit of 1, 2, just change it to 2, 3 for a few seconds to solve the problem. For the old motherboard, if the user can’t find it To this jumper, just remove the battery, turn it off after the boot display enters the CMOS setting, and the battery will be up to achieve the purpose of CMOS discharge.

For the failure of the motherboard BIOS is destroyed, we can plug in the ISA graphics card to see if there is any display. If there is no boot screen, we can also make a floppy disk that automatically updates the BIOS and refresh the BIOS. But some After the motherboard BIOS is destroyed, the floppy drive does not work at all (as far as I know, Chaintech's motherboard is like this). At this time, you can try to use hot swap to solve it, but according to my personal experience, hot swap requires the same The BIOS may also cause damage to some components of the motherboard, so the reliable method is to use a writer to write the BIOS update file into the BIOS (the writer usually has a writer in the place where the mobile phone is repaired).

Cleaning method: Use tools to unplug the BIOS and CMOS batteries on the motherboard, then use a hard-bristle brush and washing powder to thoroughly clean the components, and finally rinse with tap water, and wait for the motherboard to dry in the shade. Try (the author has used this method to cure several motherboards, and did not find any sequelae).

The motherboard is damaged

This type of failure is generally caused by the user plugging and unplugging the related hardware when powered on. At this time, the user can replace it with a multi-function card, but it must be disabled before replacing it. The built-in COM port and parallel port (some motherboards even the IDE port must be prohibited before they can be used normally).

The settings cannot be saved

1. There is a problem with the motherboard circuit, which should be repaired by professionals;

2, there is a problem with the motherboard CMOS jumper. The CMOS jumper is set to the clear option, which makes the CMOS data unable to save;

3. After Windows downloads the motherboard driver, it crashes or the CD-ROM read speed slows down.

I have encountered this phenomenon many times on some non-brand-name motherboards. After installing the motherboard driver, restarting the computer cannot enter the win98 desktop in normal mode, and the driver is under windows98 Cannot be uninstalled, so users have to reinstall the system.

I have seen some articles in some magazines about loading the motherboard driver to increase the speed of the host and enhance the stability of the system, but as far as my computer maintenance experience for five years is concerned, I have never felt it. In this matter, in my personal experience, unless there is a device conflict under win98, there is no need to install the motherboard driver for others.

The mouse is unavailable

The software reasons for this type of failure are generally as follows:

1, cmos setting error. There is a modem use IRQ item in the power management bar of cmos settings, and its options are 3, 4, 5..., NA. Generally, its default option is 3, set it to an interrupt item other than 3. That's it. Such failures are generally common in old-fashioned 586 computers, and new motherboards generally do not exhibit such phenomena.

3. The computer crashes frequently, even in the CMOS settings, it will crash.

Maintenance and repair methods of the motherboard

Use a brush to gently brush off the dust on the motherboard. In addition, some plug-in cards on the motherboard , Chips are all in the form of pins, often due to the oxidation of the pins, resulting in poor contact. For such a situation, we can use an eraser to remove the surface oxide layer, and then reconnect it.

Look carefully at the motherboard where the problem occurs, and see if each plug and socket is tilted, whether the resistor and capacitor pins are connected to each other, and the surface of the chip Whether it is burnt or cracked, whether there are burnt marks on the tin foil on the motherboard. In addition, we also need to check whether any foreign objects have fallen between the components of the motherboard. When you have any questions, you can use a multimeter to measure it.

There are many reasons for the failure of the host system. For example, the failure of the motherboard itself or the failure of various plug-in cards on the I/O bus may cause the system to fail. The operation is not normal. The plug-and-plug inspection method is a simple and convenient way to determine that the fault is on the motherboard or I/O device. To put it simply, the plug-in cards are pulled out one by one while shutting down. After each plug-in card is pulled out, turn on the machine and observe the operating status of the machine. If the computer runs normally after pulling out a certain plug-in card, then the cause of the failure It is that the plug-in card is faulty or the corresponding I/O bus slot and load circuit are faulty. If the computer still does not start normally after removing all the cards, the fault is likely to be on the motherboard. Using the plug-in exchange method is essentially to exchange the plug-in boards of the same model, the plug-in cards with the same bus mode and the same function, or the chips of the same model, and judge the fault based on the change of the fault. This method is mostly used in easy-to-plug maintenance environments. For example, if the memory fails during self-checking, you can exchange the same memory chip or memory bar to determine the cause of the failure.