The complete BREW solution includes the BREW application platform and porting tools of the device manufacturer, the developer's BREW SDK (software development kit) and the BREW distribution system (BDS). The distribution system is controlled and managed by operators, so that they can obtain application software from developers, and go to market and coordinate settlement and payment procedures.

BREW is an exquisite and effective application execution environment designed for wireless devices. Qualcomm provides BREW for free to mobile phone manufacturers to enable them to integrate BREW into their devices. Qualcomm also provides the BREW software development kit (SDK) for free to developers. The SDK includes

including a complete BREW application platform and a large number of tools for writing BREW applications. The BREW operating environment is a sophisticated software interface layer that resides between the chip system software and application programs in the wireless device. End users can download the application program wirelessly and run it on the BREW-based device. BREW is very efficient in the use of flash memory and random access memory-it occupies very little flash memory and can dynamically allocate random access memory for the application while it is running. The BREW operating environment can also manage the phone functions of all devices, separating applications from complex call scheduling, verification and related tasks. This feature allows developers to focus on actual application functions, and BREW handles phone status issues such as incoming calls/application pauses and resume calls.

BREW provides a set of application program interfaces for the embedded function of Qualcomm's wireless Internet launch platformTM. The wireless Internet launch platform is a group of highly integrated chipset functions, system software and additional programs that provide advanced Internet functions and multimedia features, greatly reducing the need for most additional accessories. If necessary, manufacturers or other developers can expand the BREW environment at any time to provide additional capabilities that can be utilized by wireless applications. This allows sophisticated and powerful applications to take advantage of local operation and storage, providing a client-server solution that is more powerful than browser-based architecture performance and functions. The BREW runtime environment can also manage the phone functions of all devices, separating applications from complex call settings, verification and related tasks. This feature allows developers to focus on actual application functions, and BREW handles phone status issues such as incoming calls/application pauses and resume calls.

BREW can be applied to any device based on Qualcomm chips (MSM3100 or newer chips), but this platform has an independent wireless interface, and mobile phones based on other wireless technologies can also run the application.

The BREW software development kit (SDK) based on Windows NT or 2000 includes a telephone simulator, which can support the dynamic telephone user interface of OEM manufacturers or other developers ( UI), phone user interface customization, new device configuration, and BREW application samples and other application development tools. BREW allows programmers to write programs in any language, but direct BREW applications developed in C and C++ will run faster because they can be processed directly without bytecode compilation.

Although BREW is an open application platform based on the widely accepted programming languages ​​C and C++, it can also work in harmony with other applications and software residing in the device. BREW can coexist with other operating systems (such as Palm OS, Stinger or EPOC). As an interface to other environments (such as Java virtual machine), it also allows any type of browser (such as HTML, WAP, HTML, etc.) to run on BREW as an application.

The BREW solution is based on application developers, device manufacturers, operators and mobile users, and provides strong support for the four parties. 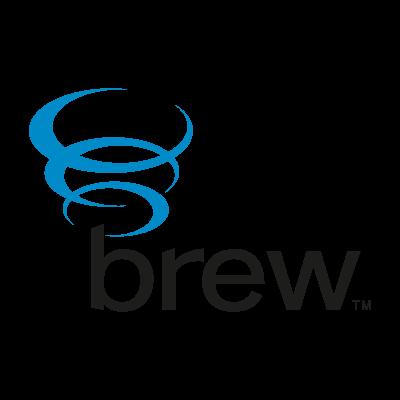 Once the application is written, BREW provides a common operating environment across many devices and models to help developers enter a huge and growing market. BREW reduces the work of rewriting applications for each different device. Existing applications can also be ported to BREW through a simple "cushion" that links the developer's current object code and the BREW layer.

Qualcomm has also developed its own "TRUE BREW" certification program in accordance with the requirements of operators to protect the integrity of mobile phones and networks.

BREW provides BREW porting packages for manufacturers, which is also the core of the BREW platform's promise to greatly simplify the development and manufacturing of products and services. It shortens the process of integrating the BREW platform into newly developed equipment. The porting package provides: BREW for integration into wireless devices; BREW porting guide; sample porting code.

Once BREW is integrated into the device platform, BREW applications can be easily downloaded to all devices based on the platform. This can greatly reduce the amount of integration tasks for manufacturers and shorten the product development cycle.

By enabling a wider range of wireless data applications to be downloaded and run on wireless phones, BREW will help consumers turn their attention to more advanced equipment, thereby promoting product upgrades. At the same time, since the same application can run on low, medium, and high-end devices, customers may be attracted by more powerful devices in the same product line.

The equipment support required for BREW is minimal. The keyboard input needs to be passed to the BREW platform, and the mobile phone software needs to accept calls from BREW. In addition, all other advanced services are optional. BREW can reside in mobile phones with very small memory.

BREW enables operators to provide users with numerous wireless data applications, content and services. In addition to the browser, BREW also supports many new applications, which combine local and remote processing to make the best use of network resources. In essence, it is equivalent to putting a 24/7 mobile software store-a BREW-based mobile phone in the hands of customers, turning operators into software retailers, so BREW brings new profit opportunities for operators .

By allowing end users to download and run applications of their choice wirelessly, BREW has created a market-driven business model. Customers who paid to download the application are likely to use the application. Thereby increasing the user time for operators. Operators can also provide unique BREW applications to differentiate them from competitors, thereby reducing customer churn.

By making it easier for customers to download applications wirelessly, BREW provides wireless users with personalized services like customized personal computers. BREW will enable every market segment-even every user-to freely choose the application they want most, launching a "killer application" in the wireless field.

The BREW development tools are not yet mature, and they are mainly developed in C language. In addition, according to statistics in 2003, 34 operators around the world have adopted Java, while only 8 operators have adopted BREW. Its application range is relatively small.

The BREW platform is not open to ordinary developers. The development tools that BREW downloads for free can only run on the Windows emulator, and the work required to download to the mobile phone needs to sign a contract with Qualcomm and the operator as a developer. In addition, BREW's strict signature system limits the support of ordinary developers with a very high threshold, and Qualcomm does not have a sharing system for ordinary developers. This resulted in BREW as a closed platform from the beginning.

After the launch of Apple's AppStore and share system, a virtuous circle of developers and users has quickly formed. With the advent of the open source Android, the new version of the BREW platform BREW MP has gradually positioned itself as a low-end smart platform.

Qualcomm holds a huge number of patented technologies in the communications field. In the past cooperation with CDMA manufacturers, it has accumulated a lot of technical capital. Its BREW embedded The prototype of the system was also built on CDMA mobile phones first. At the big party at the end of 2009, as a wireless chip provider, Qualcomm threatened to bring mobile phone manufacturers no longer only high-integrated chips, but also smart phone operating systems. Qualcomm low-key packaged the BREW platform with more software applications, further pushed it to the front end, expanded into the BREW mobile platform (BREW MP), and entered the smartphone operating system market.

BMP (BREW MP) and SDK (software development kit) will be added to Qualcomm's chips in the future , Mobile phone manufacturers and developers can directly use BMP to develop mobile phone operating systems, and on this basis, they can play more freely. More importantly, this system of Qualcomm is free, which can directly reduce the development cost of smart phones, and is a weapon used to seize the low-end smart phone market.